I started school in August and have two classes on Social Justice.  I felt like Skateistan (a skateboard school in Afghanistan) would be a perfect NGO to discuss women’s rights in Afghanistan.   The first draft was really skate heavy, but the solution still rings true in the final (academic) draft.  Skateboarding saved my life, some of yours, and certainly has the capacity to help young girls in Afghanistan.   Support Skateistan anyway you can. Buy a shirt, spread the word, or get your ass to Kabul.

From the start I was the outsider with few allies or friends. I grew up in a very white, very Christian, working class suburb of Pittsburgh in a very outwardly Jewish family.  There was no choice to conform or fit it. When I was around five, we had two neighbors who where skateboarders. On a very hilly street my family had one of the few flat driveways. This became the skate spot, complete with ramps. In school I was the focus for bullies and children acting out learned bigotry. Out of school, I had cool and older friends. They encouraged me to skate, trust myself, and celebrate my weirdness.  These moments were sparse as the neighbor kids went off to college but they left an impression.  I liked being myself, though years went on and the harassment at school would increase, I never let the conformists beat me down.

The plight of a young girl in an Islamic country is immeasurable when compared to petty squabbles of a suburban Jewish boy in Pennsylvania. The institutionalized social injustices felt by these women and children is also perhaps immeasurable. Women and girls are the most vulnerable in any society.  As Iris Marion Young points in her study, Five Faces of Oppression. “The freedom, power, status, and self-realization of men is possible precisely because women work for them.”(1).  In Afghanistan this is exactly the idea Islamist extremism has for women and especially young girls. Women and girls are often forbidden from work, school or leaving their homes with out a male family member. The right to vote may have been granted by the post-Taliban government, but that was largely a symbolic act. A women’s role in Kabul is reduced to baby maker and domestic slave; producing the “human capital” to fuel the economy of religious and tribal warfare. 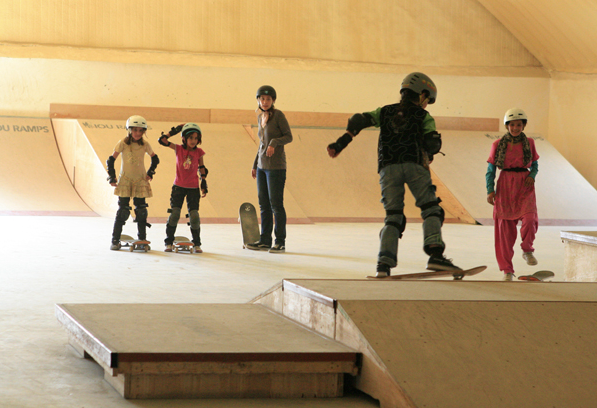 Clearly the fate of young girls growing up in Kabul is that of oppressive discrimination and illiteracy with no hope of to determine their own future.  “In 1996 the University of Kabul reportedly had several thousand women students while thousands of professional women worked in different capacities in the city. Since the Taliban takeover, women are not allowed to attend school and others have been forced to leave their jobs.” (2). However merely changing regimes has had little effect of the day-to-day life of the female population. According to a study by the World Bank the number of women and girls in school as student or teacher has actually decreased since US occupation (3).  This may be due to the flawed attempt of a distributive justice paradigm.  In, “What is the Point of Equality” Elizabeth S. Anderson illustrates that justice will come about when social structures become inclusive. “Democratic equality seeks equality in the capability or effective freedom to archive functioning’s that are part of citizenship, broadly constructed.” (4).  If the conditions for women and girls will improve with a lasting equality then they must be allowed to lead rich and fulfilling lives.

The tragedy of the women of Kabul is of course that surviving is a daily struggle, compounded by war and an aggressive foreign occupying military force. The attachment to ones own cultural identity in this situation, could in-fact supersede the feeling of rebellion in a larger culture of gender oppression.  However as past social justice movements have learned, it is not possible to have freedom unless it is pluralistic. Anderson pointes out in her study that, equality is not realized by hand out or pity, but by equality of opportunity and access. This may be in the form of education but I argue it needs to go further 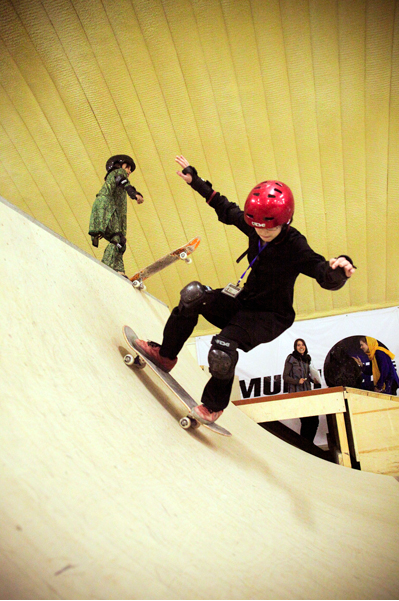 Skateistan is a “skateboard school” in Kabul. It is a NGO (non-governmental organization) that seeks to offers children a break from the desolation of war. Possibly more subversive in its goal, it aims to bring about gender equality by creating positive self-esteem building experiences for girls. . There is little infrastructure for after school programs and sports, let alone those that give all children the opportunity to participate, especially girls. Despite any sort of gender, class division or physical handicap all are encouraged to join the school. In a 2009 New York Times article, a nine year old girl describes her experience, ”It gives me courage, and once I start skating, I completely forget about my fears,” (5).  This young girl is sharing similar experiences with other girls, some of whom are from different ethnic groups and economic background. When she grows up, even if she feels she must submit to cultural standards she will know that she has strength self discipline and is capable of her own accomplishments.  A hopeful seed is planted and though slow to take root, it will eventually transform the lives of the girls who will become the women of Afghanistan. 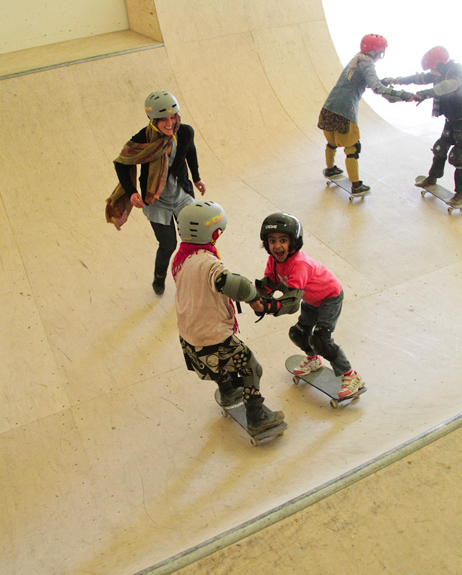 My proposal to make Afghanistan a socially just place for women is to get involved with Skateistan.  In the small and immediate steps I have chosen talking about the organization and bringing about awareness. I run a website that deals with skateboarding and I have posted regular updates on Skateistan.  In the next few months I will bring the documentary “Skateistan: Four Wheels and a Board in Kabul” for a premier in Chicago.  The premier of the film will coincide with a skateboard focused fundraising event that will send money and material donations to the school.  Finally I seek to live the ideals of democratic equality and respect. When I am financially capable I plan to spend time at the school instructing skateboarding.  In this way I can influence a generation of children to trust in themselves and help them build the kind of confidence that I learned while riding a skateboard.  For me, skateboarding is freedom. Skateboarding is creativity, it is art, it is independence. Skateboarding means no one can oppress me, marginalize or dominate me.  When I imagine what its like to be beaten down, controlled and watched over I feel empathy and rage.  Though I know that for humans everywhere, real freedom must come from within.  To build a Socially Just society we must first build up the confidence on self-respect of the people who are kept down. In Afghanistan, a skateboard is one part of the fight. 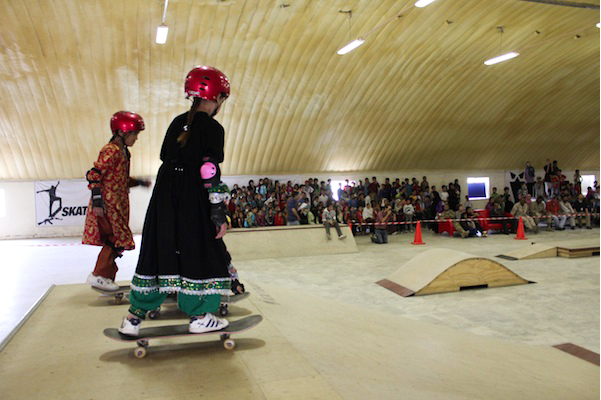 There is a great video over at New York Times from the beginning of the organization.

1 Response to Female Empowerment with Skateboards!