Peggy Oki, “Working to Save the World’s Rarest Dolphin” 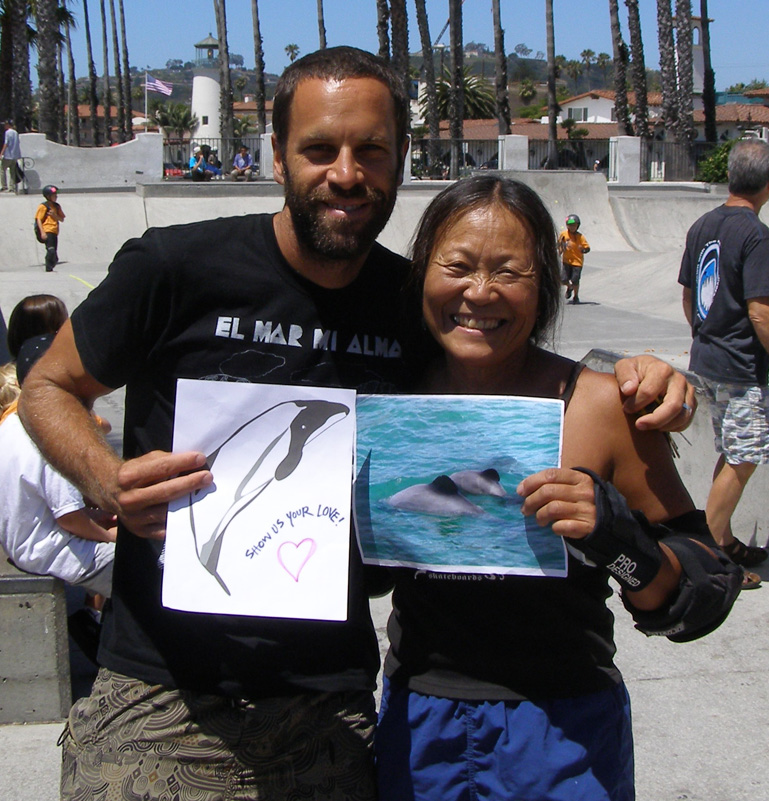 Folk singer Jack Johnson with Peggy Oki for the Lets Face It campaign.

“For eight consecutive years since learning of their dwindling numbers, my association has been working in the community of Raglan, New Zealand, as a volunteer group organizing art action activities at Maui’s Dolphin Day. Environmental groups from across the country gather each year to raise awareness to the plight of the Maui’s, a subspecies of the also critically endangered Hector’s dolphin. ” (…read the rest)

Above in an excerpt from Peggy Oki’s op-ed in the Santa Barbara Independent with an update on her work to save the remaining 55 Maui’s. Last year we interviewed original Zephyr Skateboards team member Peggy Oki. We talked in depth about her work to save the endangered Hectors and Maui’s dolphins, her switch to veganism and a bit about skateboarding too!  One of Oki’s efforts to save the Maui’s Dolphin is the “Lets Face It” campaign. Instead of a simple written petition the campaign puts a face to those who want to see the endangered species survive.  Find out more on the campaign and contribute a photo to help save the Muai’s on the LFI site.