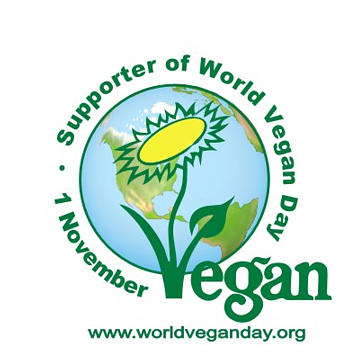 A few weeks ago marked 15 years of being Vegan. Now when anyone asks if Veganism is hard, I can respond, well I have been Vegan for “half of my entire life.”I don’t think there is ever one instance or moment that makes someone “go vegan, or vegetarian.” And sometimes we forget that, so certainly as good a day as any to reflect on the reasons we choose to live the way we do.

I went Vegan at the moment I realized I was eating in a way that contradicted all the other values that I believed in. For one, I was raised in a home that adopted animals from animal shelters. Everyone in the family had “their own” dog or cat, and with six people in the family, and at times 6 or 7 cat’s and dogs it was easy to identify and have compassion for another non-human animal.

Skateboarding got me into music, music got me into social justice, and ultimately animal rights. My first punk tape was NOFX’s White Trash, Two Heebs and a Bean. The cover of Straight Edge was what first exposed me to Minor Threat, though a silly rendition, that got me into more political punk and hardcore music. Fast forward a few years, and Shelter’s Civilized Man appears in Thrasher’s 1995 release of Emergency 911 or Donut Duty video.  The lyrics and bass line pulsed through my head, as I bombed the hills of downtown Pittsburgh and imagined carving down the slopes of San Francisco.

Fifteen Years have gone by since I decided that Veganism was a choice I would make for the rest of my life. I started to skateboard in 1990, but it wasn’t until around 94 that skating took on a similar meaning. Squares may not get what I’m talking about, but mine and the generations that proceed are adept in what defines a subculture. Beyond fashion and cliche, real skateboarders follow a code of conduct that is shared globally. No one ever taught me how to ride or ollie, it was something that evolved over the decades and is now a shared skill set. Almost like tribalism, we pass our skills by demonstration and simple documentation and little if any explanation of why we do what we do. It is an unspoken truth that needs nothing more then the action itself.

I feel a similar tribalism in Veganism. In my lifetime I have experienced the punk and hardcore movement go from ultra-political to commercial drudge. It moves in cycles so surely new generations will speak their voice and show the world what they think matters. For those of us who felt the impact of the 90’s Hardcore movements, we continue to grow and spread the word of Veganism in our lives and actions. It may not be with the same sloganeering t-shirts, but perhaps with a more calculated and livable approach. In our businesses, in our blogs, at our potlucks we talk on and on about the things we consume and why.

Today is Word Vegan Day. So we celebrate ourselves and our lifestyle. However lets not forget why we do the things we do. Lets remember why we Vegans consider ourselves part of this Tribe; One that stretches farther then the things we don’t consume. Today let’s remember the Animals!

And here is a video,