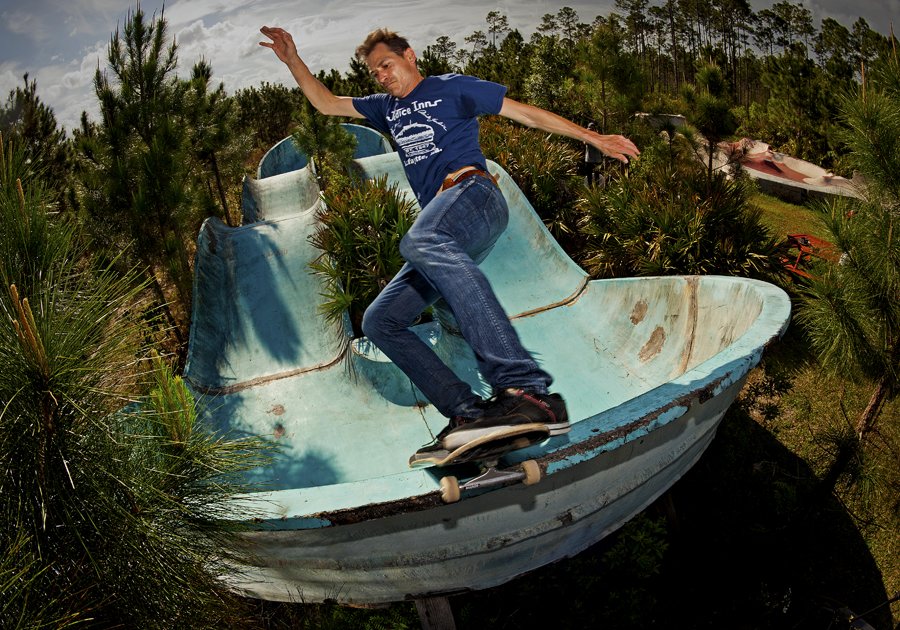 Do you mind being called Chuck? Not at all – A couple of people run with that one.

What prompted the move to New Orleans? My position at World Industries was eliminated and I was laid off. My girlfriend and I are both from Louisiana and had been talking about moving back “one of these days ” which turned out to be the day I was let go. Everything was pointing to the move back and I was ready to be near friends and family.

Are you working? Doing what? How do you like it? I am currently working with Preservation to help build the brand and with the day to day operations. We are a small brand and I like being more involved than just a rider for a brand I believe in and want to help grow.

What happened in your life that made you go vegan? I gave up meat one year for Lent and that was the start of it. I noticed I started feeling better, so I stuck with it.

Was it a gradual change or sudden? I was veggie for about a year and then just started paying attention to labels and doing the research and went vegan.

Why the change up in your diet recently? What have you reintroduced back into your diet and why?  I recently started eating a little seafood and some cheese here and there. I would say I’m still 90 percent vegan , but bend from time to time. It makes an easier lifestyle choice when your with other people who are not vegan and I knew moving back to the south I would need to be more flexible in my diet. Eating and drinking are such a part of the culture here that you truly miss out if you don’t allow yourself to go with the flow sometimes.  I was vegan for 13 years pretty much the whole time I was in California. I want to say that I went vegan in 1999 and started slowly eating some seafood towards the end of 2012. My diet is still about 90 percent vegan.

Is Andrew Cannon vegan? Or veg? Andrew is veggie – he likes to keep it simple and enjoys desert a little too much to be strict vegan. 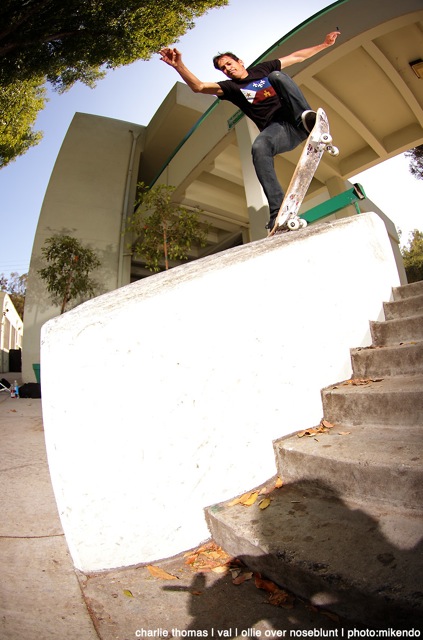 What shoes do you prefer skating in?  Canvas shoes with a vulc sole are my first choice. I will Shoe Goo them as many times as it takes.

Favorite terrain to skate? I love skating street, tranny spots, and mini ramps. Pretty much any sport that doesn’t involve jumping down something for no reason, but sometimes I get sparked and challenge myself to see if I can still do it.

What video part of yours are you most proud of? Humm – that’s a good question- I really was stoked on my Scarecrow Agents of Chaos part, but I still think my best one is in the near future.

Why do I think you had a part in Winona Riders?  No clue -Maybe because Shannon May had one and we are great friends and both grew up together and skated for G&S at the same time.

How often does someone ask you about Winona Riders? Only you, Kevin.

Where is Shannon May these days? Shannon is still in Lafayette. He owns his own plumbing business and plays in multiple bands. I met him for coffee about a month ago in Lafayette – Still the same guy and still has style for miles.

Fav spot to go out to eat in San Diego? Sipz in Claremont was for sure one of my favorites!

What other skaters do you know of that claim veganism? Vern , McCrank , Ed Templeton , Geoff Rowley.

Do you have a similar daily routine? Describe. Right now it’s pretty much wake and take the dog out, drink coffee , hang with the lady until she goes to work and then work from home . There are some errands thrown in there, a workout, and some skating.

In what year did you pick up your first skateboard? I want to say that it was 1988 or so- I remember it was the summer going to the 7th grade.  I couldn’t decide what I wanted for my birthday and it drug out for a couple of months until I saw some kids at school with boards and it looked like the best thing ever.

Your top three street skaters of all time? Natas, Gonz, Koston, – I have to throw Marc Johnson in there as well.

Do you have pets? How do you feel about pets? I have an amazing little dog named Bennie. My girlfriend and I love him to death. We got him when he was 8 weeks old and he’s now just over 6 months old.  I had a couple of dogs growing up and over the last 10 years have done so much traveling I couldn’t have a pet and take care of it. I like cats as well, but am much more of a dog person. 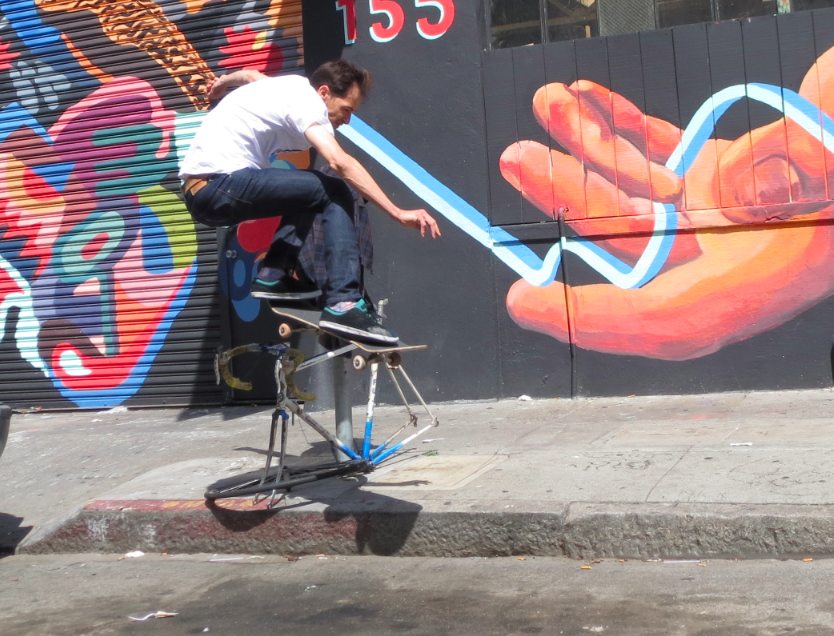 Are you a bicyclist? I have a single speed that I have been getting into lately. I actually do want to do a couple of long rides to test myself . I prefer to get around on my bike when I can. They are making strides for New Orleans to become more bike friendly, a lot of people bike-commute here.

Tell us about being pro for Preservation? Who runs it, who else is on the squad, have you taken trips w them? Preservation is owned by my good friend James who asked me about a year and half ago to ride for them. I was still living in California and was excited to have a tie back home. Since moving back I have gotten more involved and have been helping to run the day to day operations and help the brand grow. We are growing slowly and just working to tighten up the team, graphics, and continue to grow the brand.  With all of my experience as a team manager it was only fitting that I help with the team as well- right now the team consists of myself and the following ams -Justin Higgins, Sean “Squee” Guillory, Chance Hirsch, and Mickey Chim. Duane Pitre is also a part of the family.

Had you heard of veganskateblog.com before I contacted you about this interview. I  had heard of it before, but haven’t been a frequent visitor until now. Thank you and veganskateblog for the interview and everyone who takes the time to read this, a big thank you as well.

Cheers – Charlie Thomas over and out.

Kevin Marks is the Traveling Free Box and has been on the board since 1986. You can catch up with adventures in Skateboarding, Vegan eats, and Hot Spring sessions on his blog. He is a board member of Launch: Community Through Skateboarding, and also a Vegetable Shredder!   Let the records show, McCrank and Rowley are not Vegan, but they still rip!