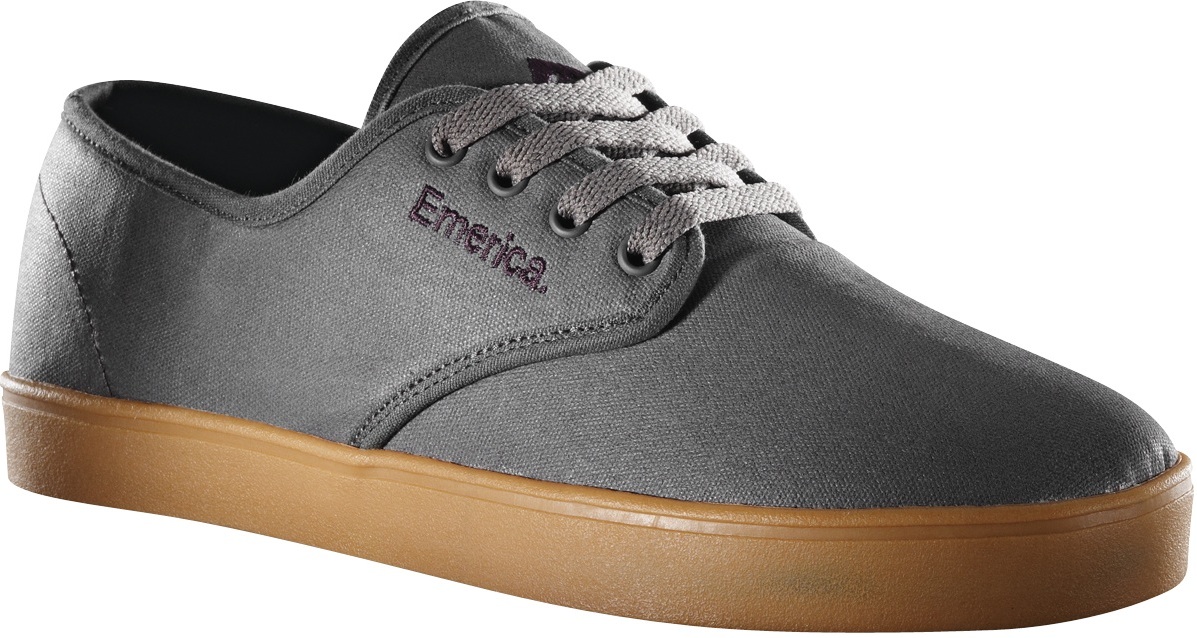 The Laced has been part of every Emerica season for several years now with nearly all including at least 1 Vegan colorway. They are super slim and some would say not really skate-able. After a few weeks of skating our response. Not only are the Laced skate-able, they are amazingly function-able on the board. Check out part 1 here. 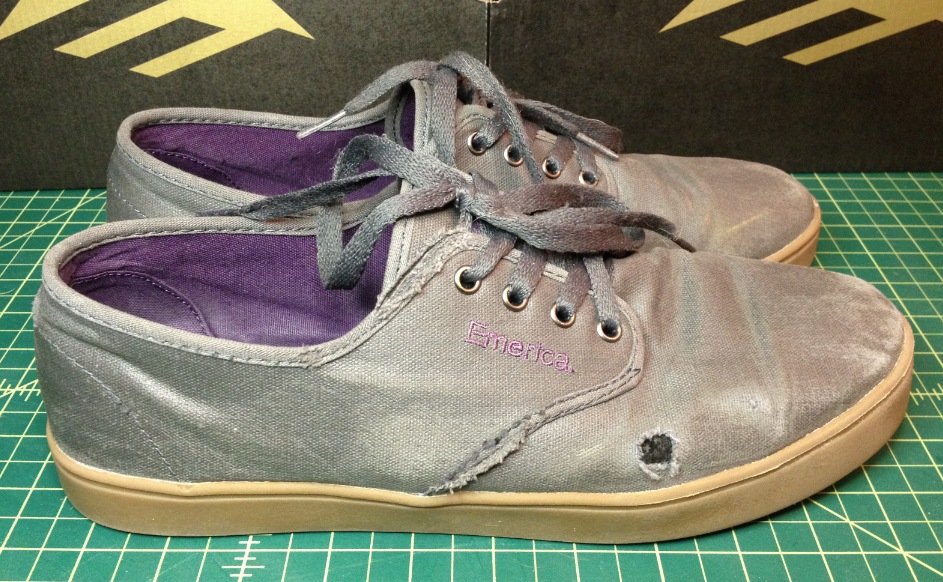 The shoe was stiff in the heal and toe at first. This quickly wore off in the toe as the shoes got broken in. However if you decided to rock them with out laces as suggested on Emerica’s website you can slip right in. We did both no laces and then laces. The shoe stays put for the most part. Though the confidence boost of a tightly tied shoe is undeniable and we stuck with laces.

This seasons Laced came in a 10oz Waxed Canvas. The shoe is thin, but the wax coating provided a huge difference in terms of ollie holes. The shoe has approx. 7-8 hours of solid skate time (as of this photo) in the review and the black lining is still intact. The toe shows some wear from flip tricks but is relatively intact. On the left shoe you can still see the unworn sheen of waxed canvas. 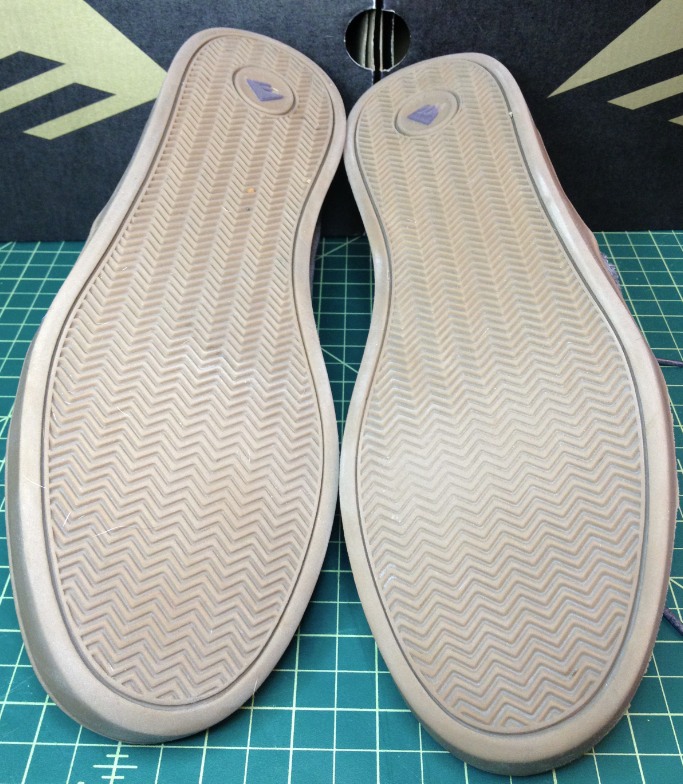 The Laced have a thin cupsole with a herringbone tread similar to most of the current Emerica lineup. This makes for a shoe that you can pull new out of the box and skate. Super flexible when putting foot to pavement; there is no awkward clunky shoe here.  While it doesn’t have the padding you need to take a huge stair set its plenty of good sole feeling for most skate terrain. 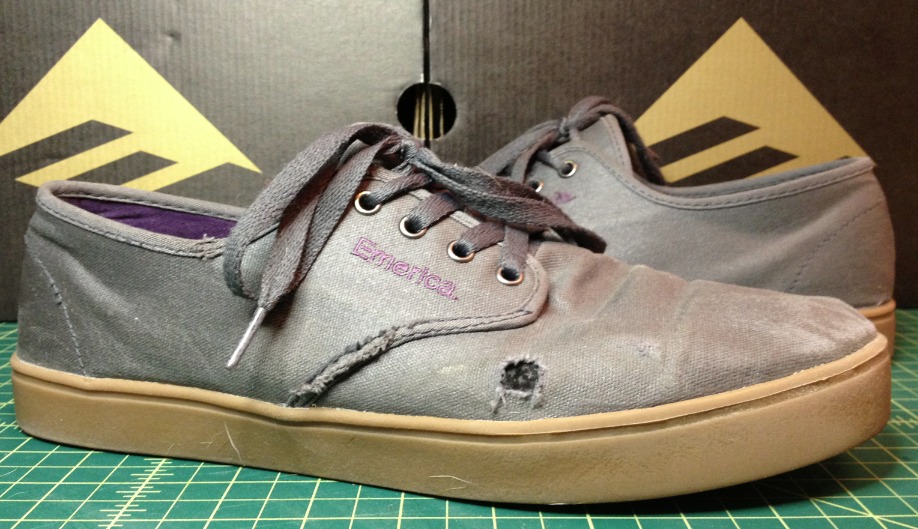 For an older skater, (not including the wild boys and girls hanging ten bar foot) this is a huge difference in style and weight. VSB test a wide verity of shoes and the Emerica Laced is by far the slimmest. That being said, they are responsive. The ability to flick a kickflip in these is ridiculous. That being said here is the downer; if when you take that misplaced kickflip to the ankle there is no protection. The full force of the board is gonna get you and it will hurt. Such is the nature of our art.  With that, the Laced may not be your cup of tea, but it certainly is ours. Slim, light, feels great and who can deny those pretty purple accents.