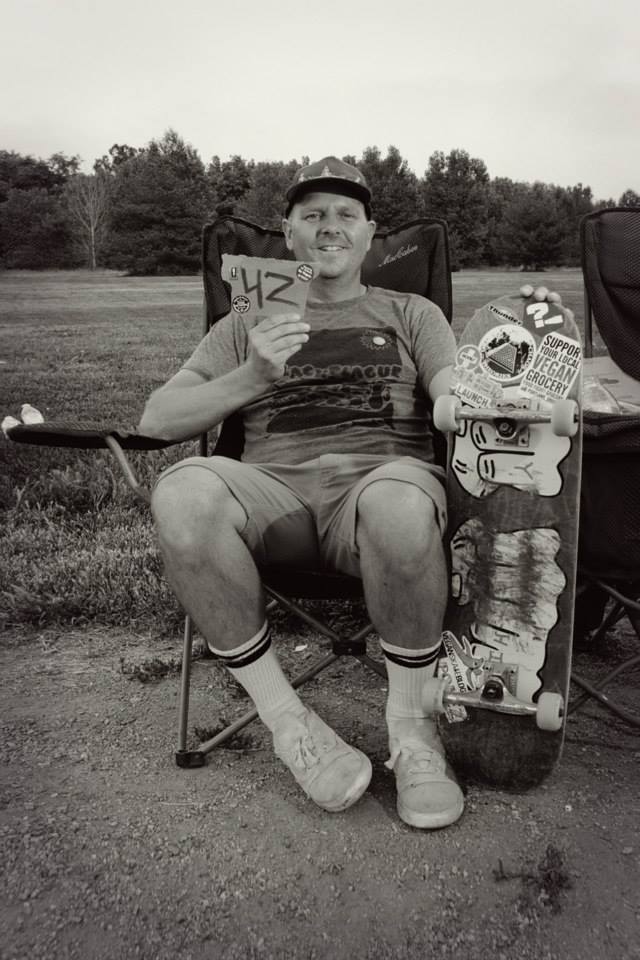 VSB contributor Kevin Marks has recently retired his Emerica Reynolds Cruisers after more then a year of shredding!  He has been skating most of his life and has no intention on stopping anytime soon. As of this writing Kevin is on day 156 of 200 days of skateboarding goal. (Stretch is 365 and beyond)

We posted the Reynolds Cruisers back in February of 2012 when the shoe was hitting the shelves for spring. Kevin got himself a few pairs and has been running them to the ground.  As a person who strives for as little waste as possible in his life, he certainly gave these shoes a good run. You may not be able to find this shoe any longer, but Emerica makes fine quality skateboard shoes and always have at least a few Vegan options every season.  Right now Kevin is getting into his B. Herman G6 Vulcs. 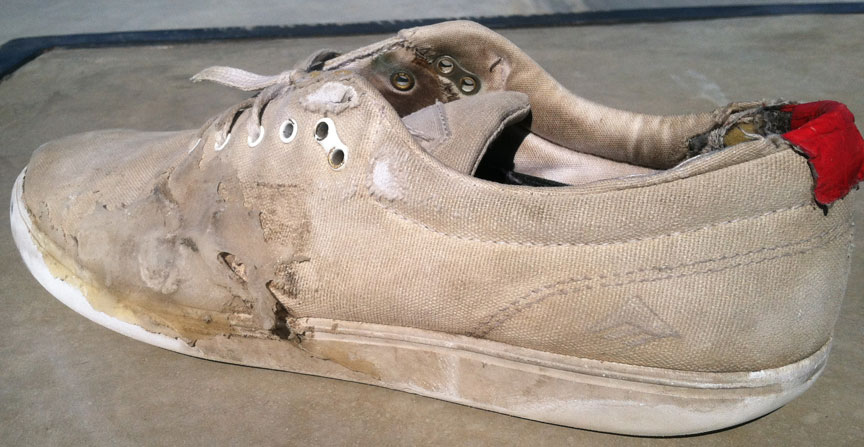 I started skating these Cruisers in the early summer of 2013 and they were my second pair. Stable, light weight, cushy insole, simple. It should be said that I’m not very hard on my equipment. I also take pride in riding my equipment into the ground. I extended their life several times over the 15 months they served me. They remind me of a VANS era. 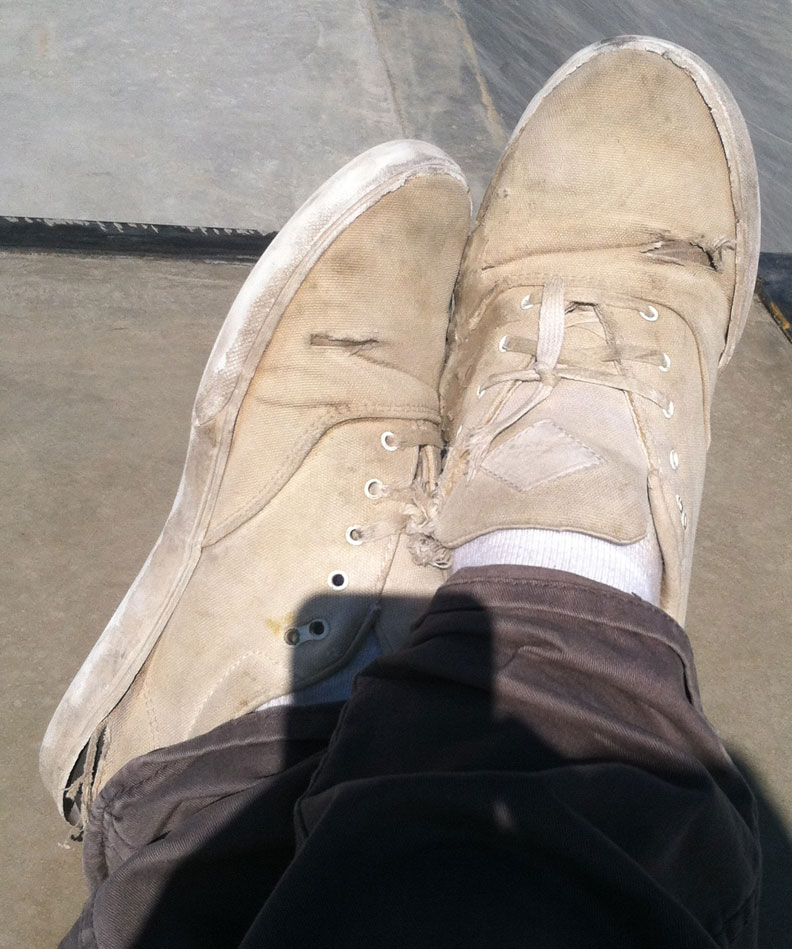 The Crusiers were super comfortable and hard to let go. I didn’t initially put shoe goo on, that wasn’t until a year later. 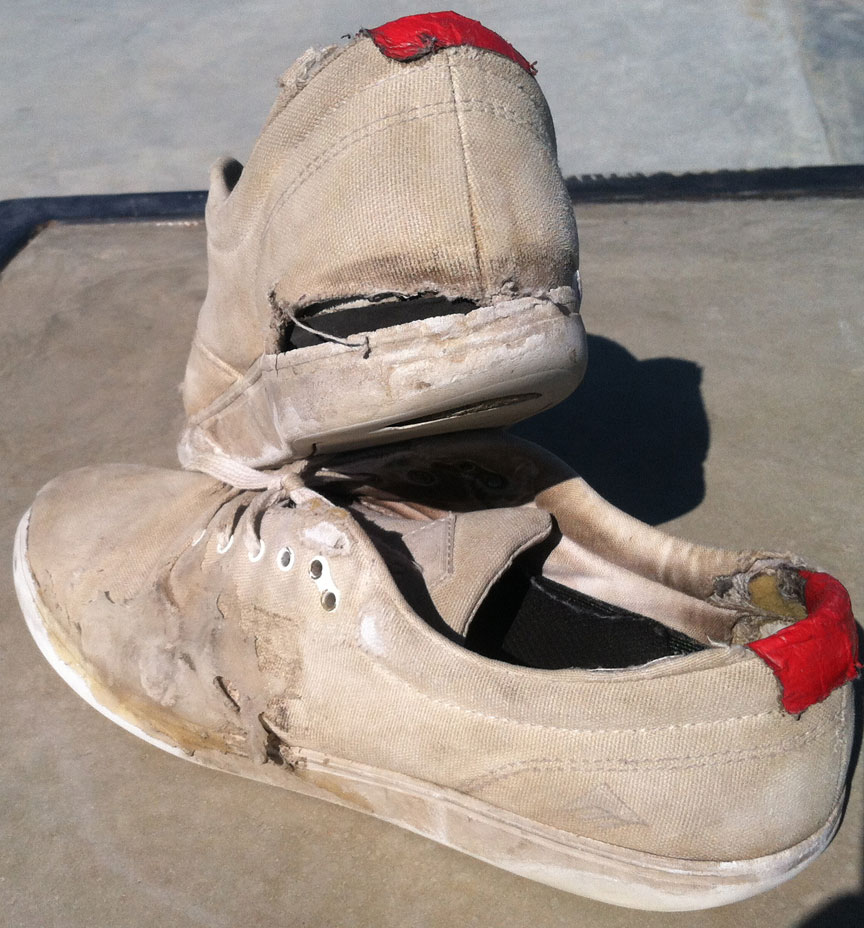 Shoe goo was put on the left shoe ollie zone June 2014. The right shoe heel cup came loose at 8 months, but didn’t affect my skating. To wear them barefoot, I put some duct tape at the back to prevent blisters. 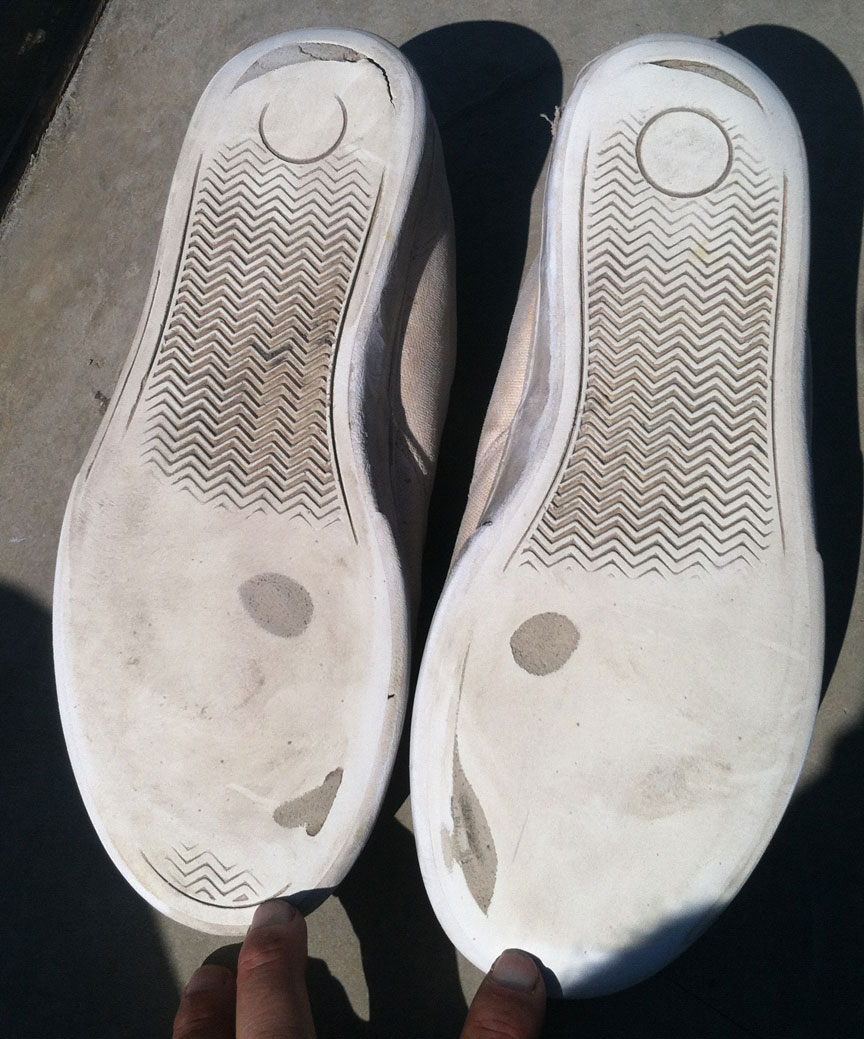 The soles of the Reynolds Cruisers had multiple spots where the foam was showing through and finally one spot worn all the way through. Overall the tread pattern lasted a long time and was truly grippy. 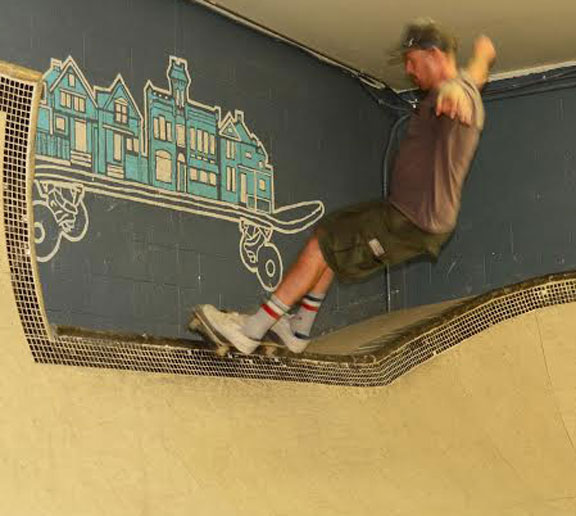 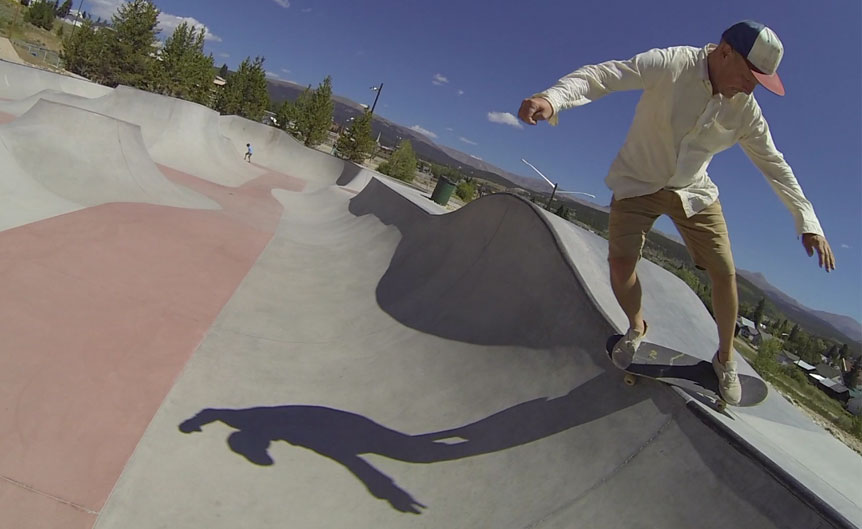 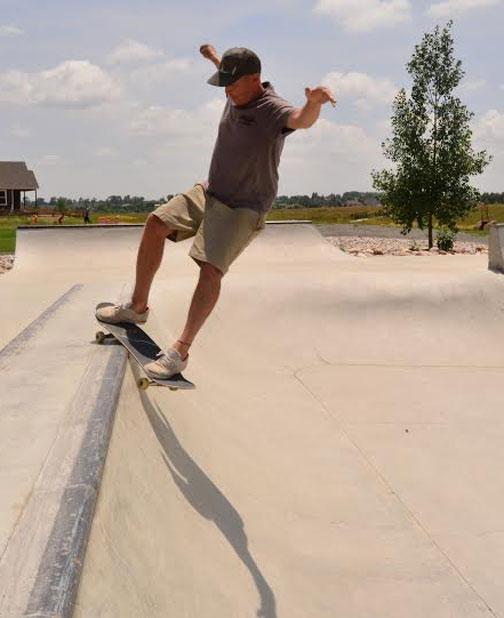 Kevin getting a smooth smith grind.