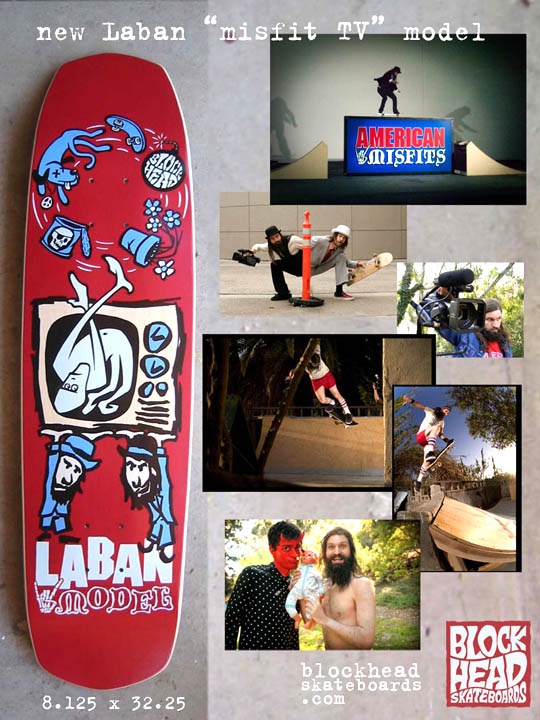 This may be the first time you can buy a Laban Pheidias skate deck in at least a decade. This may also be the last, as the only retailer (online at least) only has two left. Laban is a very influential skater(and juggler) from the early 90’s. Blockhead which then became Invisible fizzled out around 98. Jamie Thomas, Steve Berra, Rick Howard, all skated for Blockhead/Invisible.

Laban may have faded from the skate scene, but he is still very much into skating and the like up in Portland. Oh and still Vegan.