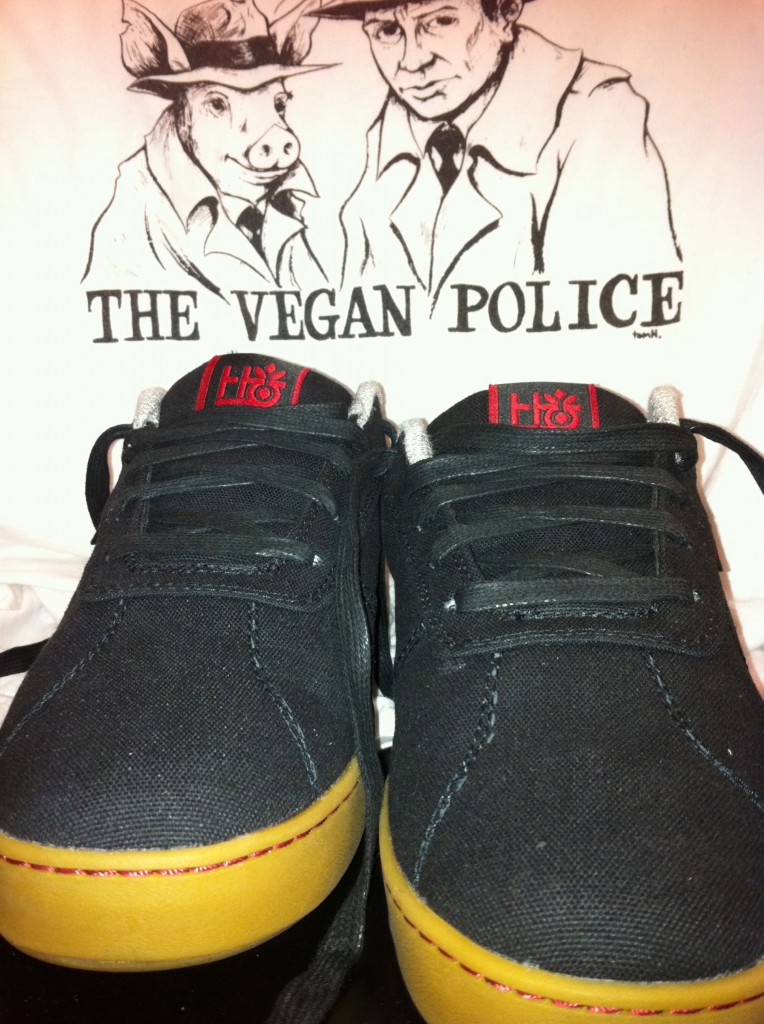 Its not to often that you get a skate shoe that has “VEGAN” printed on the shoe. When you do the Vegan Police might pay a visit. Thats just one reason that Habitat’s Moray shoe is getting an extra special nod.

Habitat has been somewhat of a trail-blazer when it comes to contentious skate products. For several seasons they have been using bamboo plys in their boards and their somewhat recent venture in the shoe market has followed a similar ethos of sustainability. 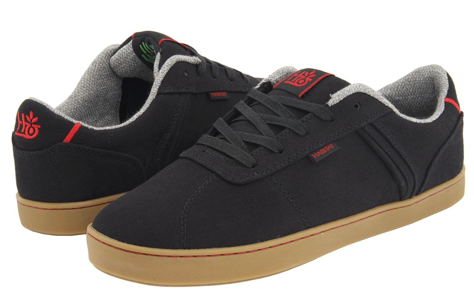 The Moray (Bio-Lumen) is a tightly weaved Hemp Canvas shoe. The sole which is made from recycled materials, namely re-ground rubber, is a cup sole. That’s a refreshing change because most canvas shoes seem to be riding the vulcanized trend. The first thing I noticed when I tried them on was they are a bit narrow. Even if they are listed as Width D, I think they run a bit snug on the sides. Length wise, I wear size 10 and the toe – heal ratio is perfect.

The natural rubber sole so far has a nice glide to it when you flick the board. It’s grippy, but seems to flow over my grip tape just right. We’ll see how they run over the next couple weeks. I think the footbed is somewhere in between the emericas I’ve been running, and the bulkier technical shoes, like the chunky DC’s I used to love. It may be hemp, but this is no hippie shoe.

ShoeBacca looks to have a good selection running them from 8-13. Don’t be fooled by their sub-par ability to list ingredients, this shoe is Approved by The Vegan Police and 65 dollars.

Also head over to our friends at The Vegan Police Blog to find some more cool stuff like activist community animal rights, etc… How much can you read about shoes anyhow?

This entry was posted in The Vegan Police. Bookmark the permalink.