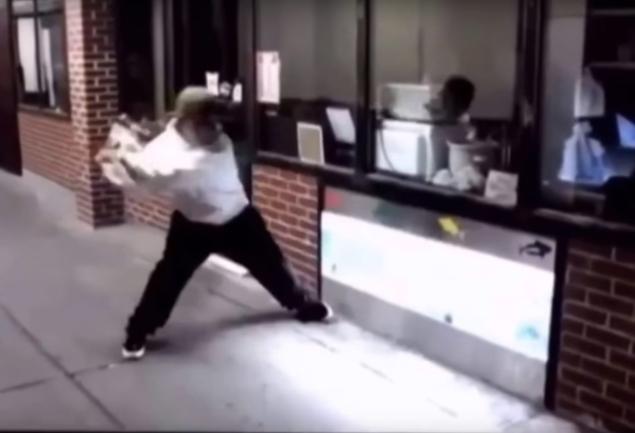 Shawn Powers, rider for Palace Skateboards, was exposed on video brutally killing lobsters after smashing a display aquarium in New York this past week.  Over the last few days several New York news outlets have been covering the incident. There is currently no news on charges against Powers, who is seemingly boastful of his actions.

The original video has been removed from Youtube, however a mirror of the video with some unfortunate and unrelated audio “commentary” from wrestling commentator Jim Ross has been dubbed into the video.

In the video you can see that not only does Shawn Powers kill several lobsters, but  at least one eel (and likely other animals) would have died from his actions.  While these animals would have certainly come to their demise as food, Powers violence is particularly brutal.

In a 2012 Quartersnacks interview, Powers describes threatening a man with a realistic looking pellet gun.

Social media has seen calls for Palace to drop Shawn from their roster. VSB would agree, and encourages readers to let their voice be heard. Hit up Palace on Twitter and let them know what you think.

This entry was posted in Activism, Uncategorized. Bookmark the permalink.