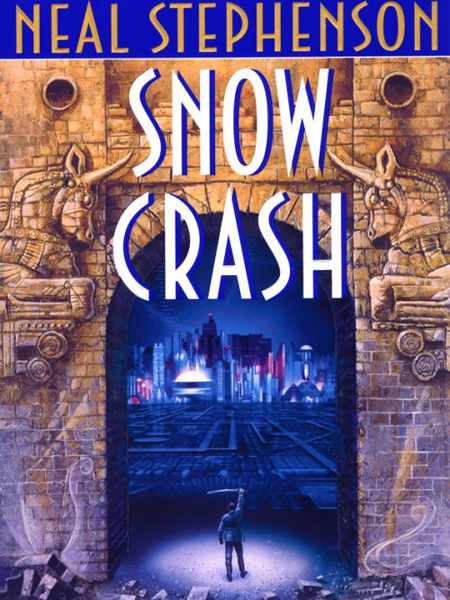 Neal Stephenson’s cyberpunk thriller Snow Crash is at the front of my mind every time I head to Los Angeles. The dystopic future where L.A. is its own city state, full of company owned enclaves reminds me of a faster version of Blade Runner. The main characters are Hiro, a recently fired pizza delivery driver/computer hacker/swordsman and Y.T., a skateboard messenger. They team up to sell intelligence to a for-profit version of the C.I.A. and uncover a secret plot by a religious fanatic to infect people and computers with a mind destroying virus.   I was turned onto the book after a character in the film Threat made a vague reference to it. Snow Crash is one of my favorites in both the nerd and skater column. As I’ve been trying to compile a list of fictional skateboard related books, this is so far the only one. Not just some reference to skating, but in depth detail of the board, how it maneuvers, and highway skitching!!!  If you know of any to add to the list, leave it in the comments. Head to your local library and get this book.