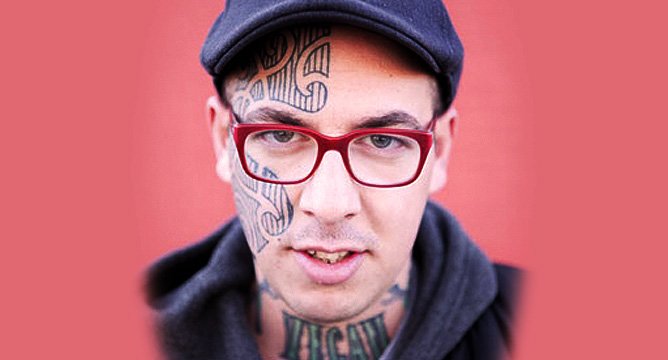 This is Walter Bond, earlier this week he was sentenced to 87 months of prison for arson. I think its important to say that Vegan Skate Blog supports the actions and the unapologetic stance that Walter takes. The reason we are Vegan, the reason we can not wear the skin of the dead, are encapsulated here. Please ponder his words long and hard. Support with donations, t-shirt, or letters are appreciated.

And here is Walter Bond, in his own words…

“I’m here today because of the arsons I committed at the Tandy Leather Factory in Salt Lake City and the Tiburon restaurant in Sandy, Utah, which sells the incredibly cruel product foie gras. The U.S. attorney wants to give me the maximum sentence and beyond not because of my “crimes” but because I am unrepentant and outspoken. My intuition tells me that this court is not going to show me mercy because I become suddenly sorry. So instead of lying to the court in a feeble attempt to save myself, as I’m certain many do when they face their sentencing day, allow me instead to tell you what I am sorry for.

I am sorry that my brother was so desperate to get out of debt that he flew from Iowa to Colorado just to get me in a taped and monitored conversation for reward money. I am sorry I am biologically related to such a worthless little snitch. I am sorry that I waited so long to become an Animal Liberation Front operative. For all of these things I will always have some regret. But as far as the arsons at the Leather Factory and Tiburon, I have no remorse.

I realize that the laws of the land favor a businesses ability to make a profit over an animals right to life. It also used to favor white business owners ability to profit from a black persons slavery. It also used to favor a husbands ability to viciously attack his wife and act on her as if she were an object. Those who broke the law and damaged property to stand against those oppressions were also called “terrorists” and “fanatics” in their time but that did not change the fact that society progressed and is still progressing along those lines.

So today I’m the bad guy. That is just a matter of historical coincidence. Who knows, perhaps a less brutal and less violent society will one day exist that will understand that life and Earth are more important that products of death and cruelty. And if not then to hell with it all anyway! Weather my supporters or detractors think I am a freedom fighter or a lunatic with a gas can makes no difference to me. I have spent years verifiably promoting, supporting and fighting for Animal Liberation. I have seen the animal victims of human injustice, thousands of them with my own eyes and what I saw was blood, guts and gore! I made a promise to those animals and to myself to fight for them in anyway I could. I regret none of it, and I never will!

You can take my freedom, but you can’t have my submission.”

2 Responses to Walter Bond Final Statement to the Court