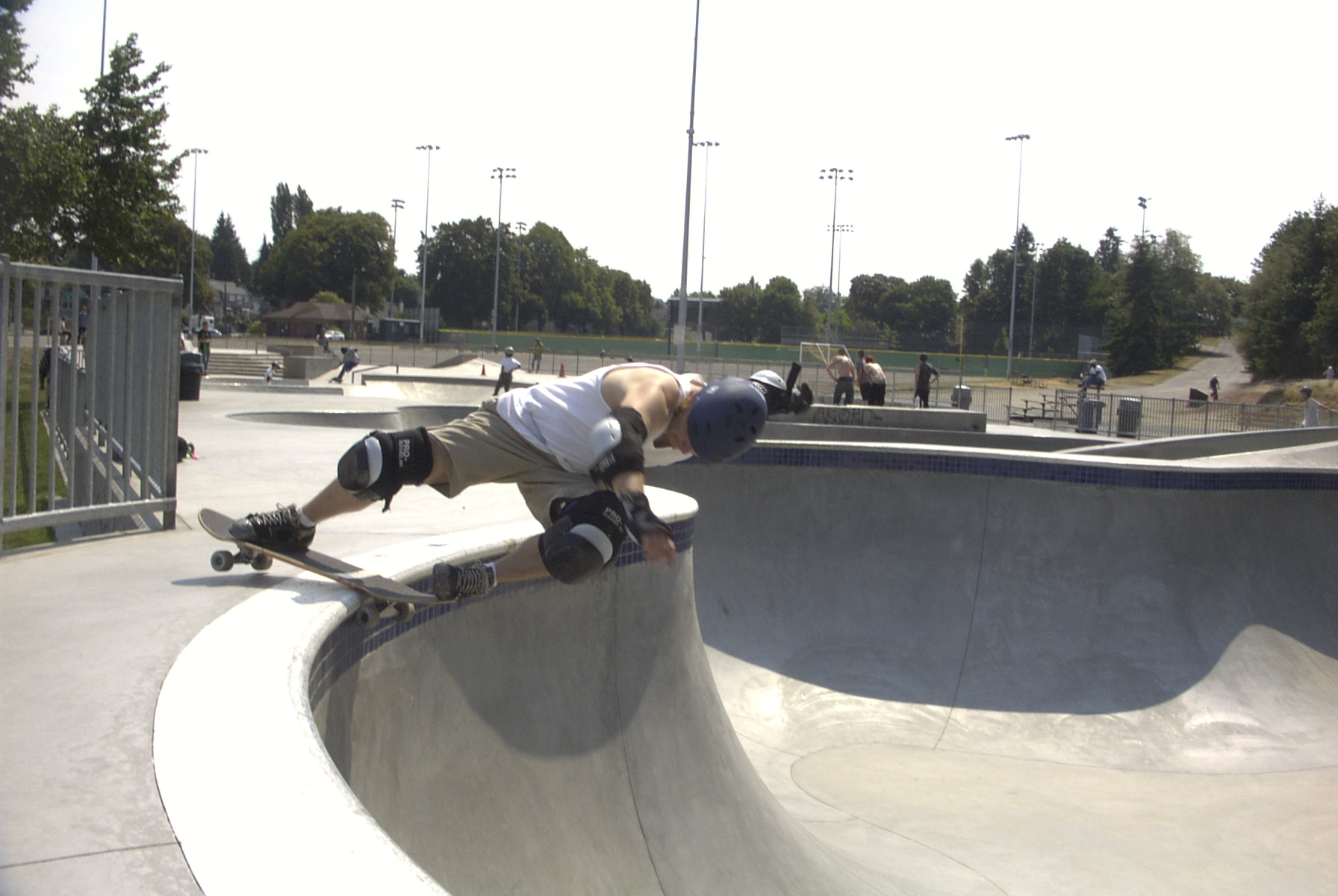 Where do you like skating? I hit the bowl at Jennings Beach in Fairfield, Connecticut fairly regularly and really like it. During the winter months, I hit the Pirate Bowl at Gardenskate in New Jersey on a regular basis. When my wife and I visit my in-laws in Seattle, I love to hit Lower Woodland (the picture was taken in the clover at that park). Regionally, the best bowl is at the Chelsea Piers skatepark in Manhattan, but I only skate it a couple times a year.

Why did you go Veg? I went vegetarian in 1996 when I was 25 years old because I concluded that it was better for the planet, for me, and, most especially, the animals (mammals, birds, fish, and anything else with a nervous system) I was eating. I went vegan in 2002 because I realized that my consumption of animal products was still a direct cause of the pain and suffering of other animals and it was harming me.

What is your favorite thing to skate and why? I enjoy pools, bowls, and ramps (both mini-ramps and vert-ramps) the most because I’m getting older and it’s much easier on my body (I am 42 years old). That said, since I started to skate vert ramps back in 1985, I have found the experience of skating tranny (especially bowls and pools) more enjoyable than anything else.

What shoe are you skating in now? I’m skating in Praxis vegan Elemental high-tops. They remind me of the iPath Burnquist vegan high-tops that I wore for a while (which was a great shoe).

With out a doubt this is one of the most exciting Vegetable Shredders ever submitted. That looks like a hell of a rock, and a Doctor!  Thanks Andrei!

If you skate and shred vegetables, let us know, send us the a picture of you skating and your answers to the above questions to fake@veganskateblog.com  Don’t forget your mailing address so we can hook you up with some Vegan Skate Blog stickers!