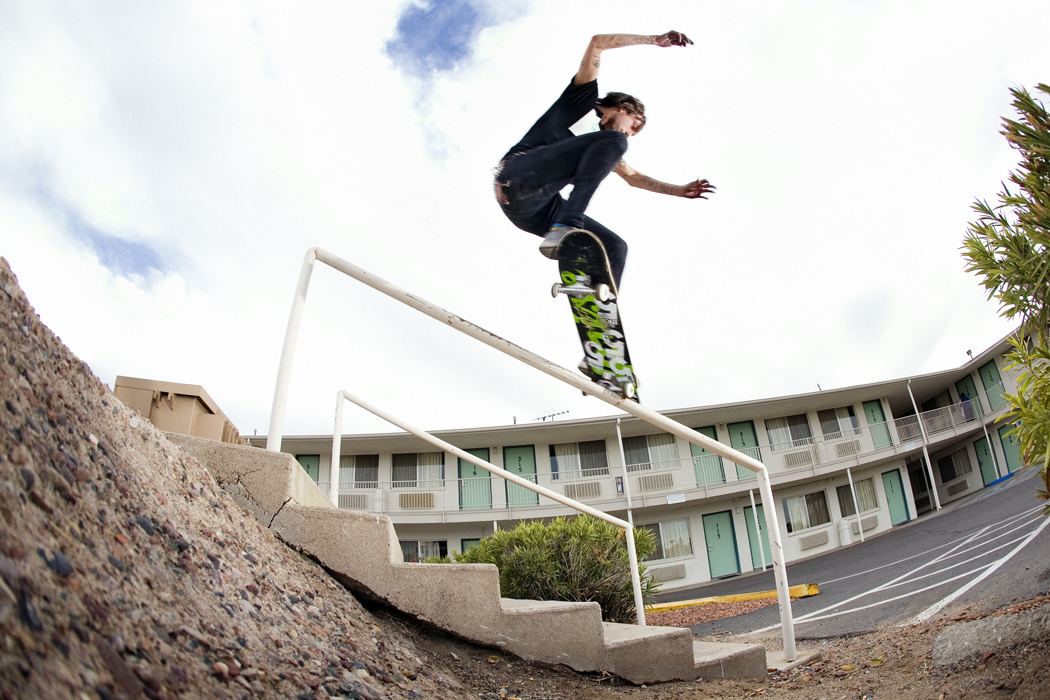 Where do you like skating? Chicago is a great place to go skateboarding. But traveling to go skate is always the best! New roads, new spots, new friends.

Why did you go Veg? When I was younger a lot of the older kids I looked up to were vegan. I thought it was cool. After doing my own research I realized it was the right thing for me to do, to enjoy my life without shortening the lives of other living things.

What is your favorite thing to skate and why? Younger days, scary rails. These days, transition! Its too much fun! Going as fast as you can at a concrete skatepark and just holding on!

What shoe are you skating in now? For over a decade i skated in Emerica. shoes. They make great, thin skate shoes that you can actually feel your board with. And they have a lot of synthetic and canvas options. Recently I have been skating Vans shoes. Legendary company all around.

Or just say whatever you want about skating Veg. “If animals could skate they would to!”