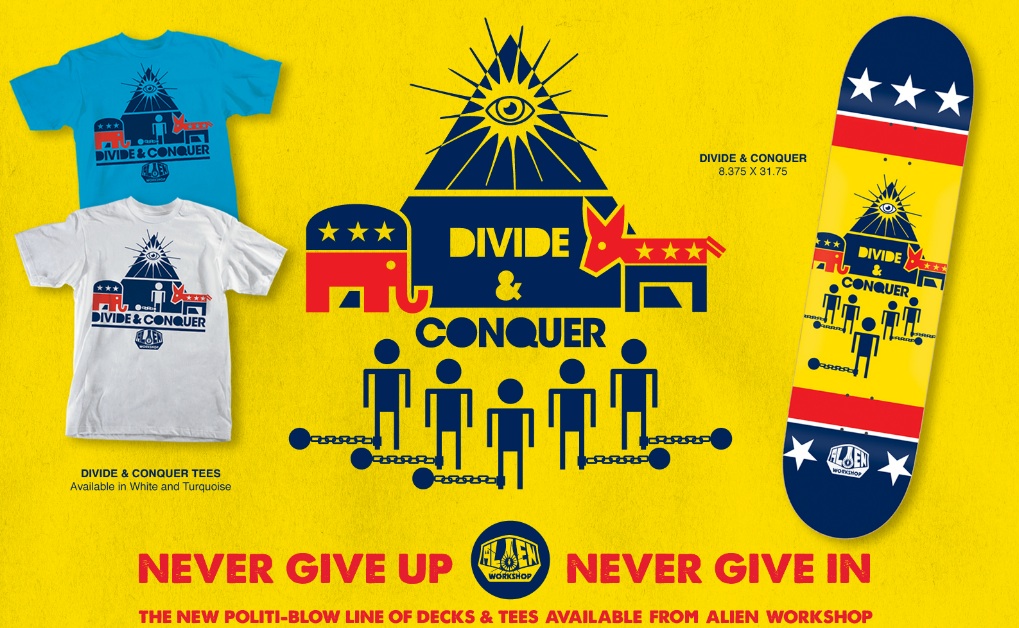 Alien Workshop drew many of us in with their subversive ads. It was such a punk attitude executed with the grace of minimalist art. The legions of stick people enslaved by the Two Party Duopoly in Alien’s yet to be release line missed election day. However maybe they foresee  a long drawn out event circa 2000. Perhaps they foresee this being the year that the new world order finally makes itself known, that this process was a farce all along. (seriously kids, if the electoral and popular vote don’t show a clear winner, its Romney/Biden.) Lets have a look back at past ads, and jump pack 21 years to AlienWorkshop’s first video, Memory Screen.

UPDATE 11/16: These decks are now available

This entry was posted in Video. Bookmark the permalink.