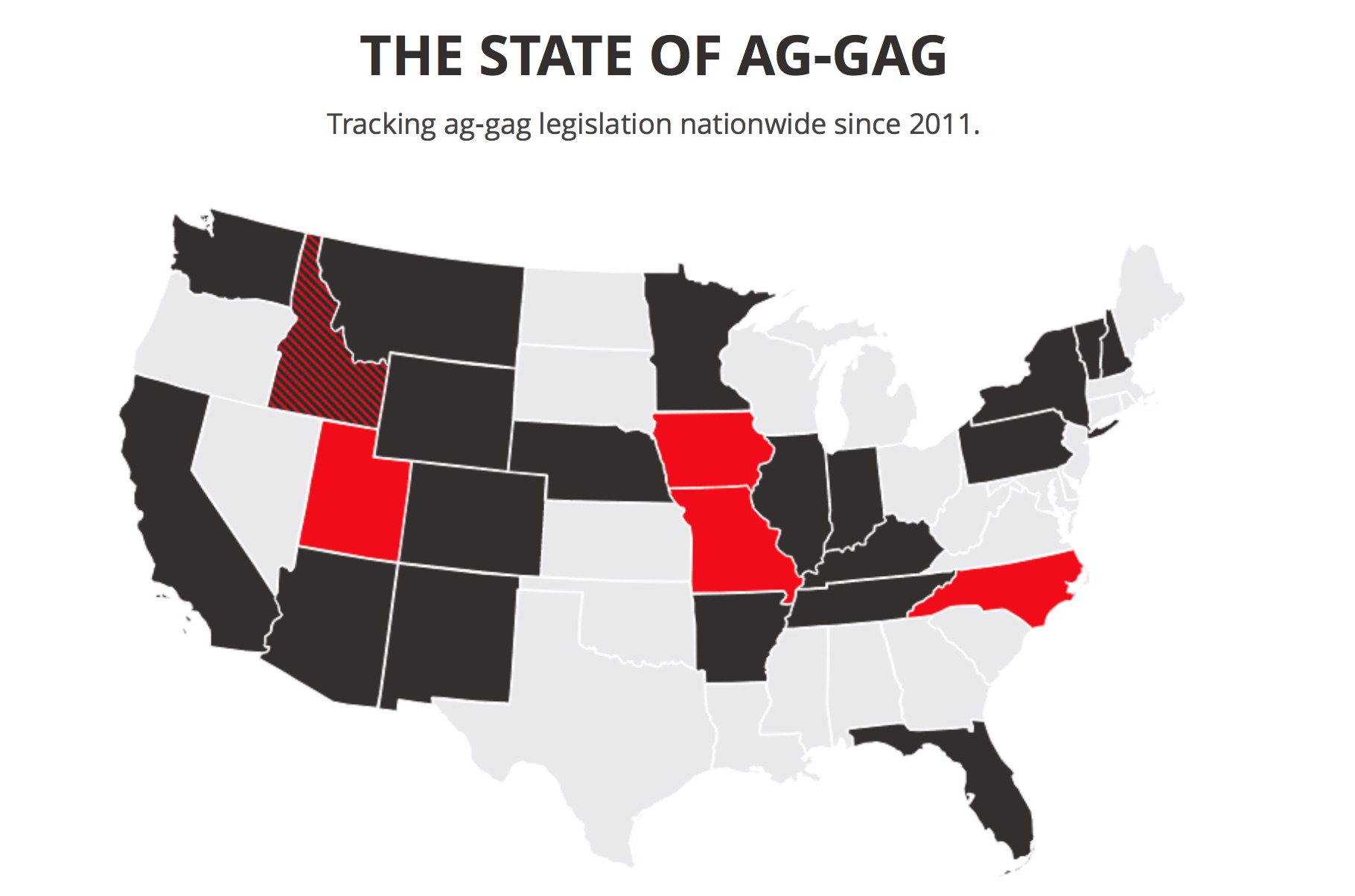 image via Mercy For Animals

North Carolina’s Ag-Gag Bill (N.C.G.S.A. 99A-2) just went into effect. The law punishes whistleblowers and undercover investigators for reporting animal and worker abuse.  We reported last May on the campaign to have the bill which passed in the state legislature to be Vetoed by Governor Pat McCrory. Soon after the Veto however, North Carolina legislatures overturned the veto.

The passing of North Carolina’s Ag-Gag law means there is one more state that will punish people for reporting violations of animal cruelty laws and violations to workers safety.  The language of the bill paraphrased is saying,  If the public doesn’t have access to see the abuse behind our closed doors, then we will punish you for exposing it.

Public Justice, a group who represents animal rights and consumer advocates have already brought lawsuits against the state.  They where successful, with a coalition of groups, to strike down a similar law passed in Idaho.