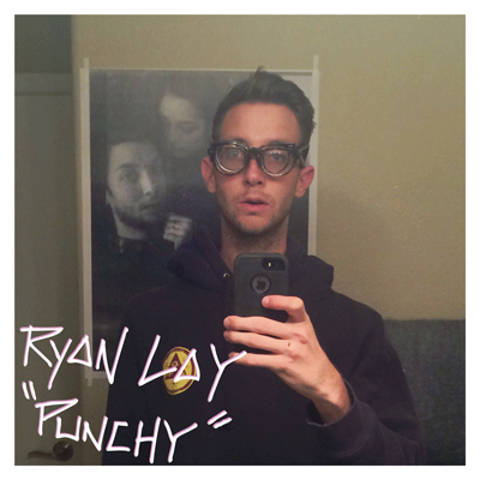 What year did you first step on a skateboard? 1998 maybe?

What led you to get on that board?  My older brothers influenced me.  We had a copy of Mouse and Public Domain

Past board sponsors?  Krooked, Rasa Libre and Enjoi.

What can you tell us about the éS team plans?  trips?  pro shoes?  They are starting really small and selling only to core skate shops. I think we will be doing some small trips in the next year, but for now it’s mostly just social media stuff to promote the (shoe) “packs.”    I know that Walker Ryan and Tom Asta are pretty involved over there. I think it’ll (éS team) be built out by the end of 2015. Walker is a friend of mine. I hit him up and it sounded like a rad opportunity.

What was the process to get on Welcome after Enjoi let you go?  I was talking to Chris Milic and I definitely wanted to go to a newer company where I’d have a little more creative freedom. After talking with Jason (the owner), I knew it would be a good fit.

How did things end with IPATH? They were sold from Timberland to a few investors, who didn’t really see the point of putting out a video and keeping the whole team. They kicked off half the team and the rest of us quit as a result of this. 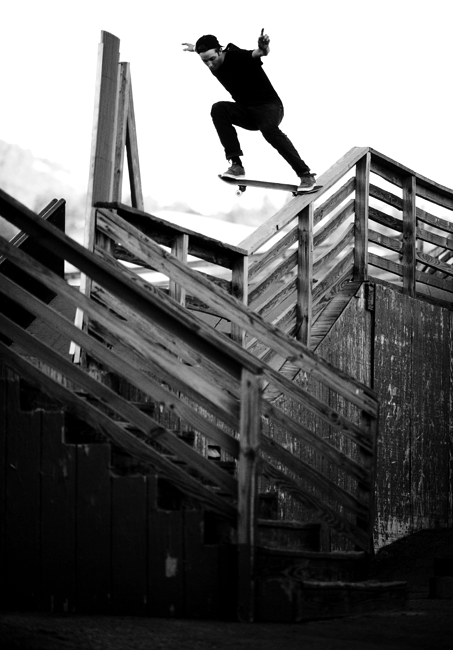 Favorite I-path teammate to room with on trips? I always roomed with Price, but Kenny Reed is a close second.

Have you ever lived outside of AZ as a sponsored am? Yes, I lived in San Francisco from 18-20 and New York from around 22-24.

What prompted your move to SF? Why did you leave?  I moved to SF to go to college. I was feeling a little burnt out on skateboarding at the time. I had an opportunity to travel a little bit and was hesitant to take on student loans at the time.

Have you ever felt pressure to move to CA to appease your sponsors? Occasionally… I’ve been pretty independent as far as being a sponsored skater goes. That’s probably hindered me a little bit over the years from doing more in skateboarding.

I was in Phoenix at the end of last year to witness you win the Cowtown Curb Kings contest. What memories do you have of that?  Haha, that was pretty hectic. I really like the format of those contests, it’s all endurance.

Do you know much about your skate trip plans for 2015? I’m going to Salt Lake City this weekend with some of the Skate After School volunteers to film for the Welcome video.

Favorite terrain to ride? Lately, it’s been small towns all over the West.  Utah, Colorado, Arizona.

Talk about the after-school skateboard program you’re involved with.            The organization is called, Skate After School. It’s a nonprofit that provides after-school programming to at-risk and low-income youth. I’m kind of the acting Executive Director, although Tim Ward and I do so many different things it’s almost silly to have titles. I do growth and development type stuff. This ranges from cultivating new relationships with schools and potential partnerships, planning and executing fundraisers and events, public speaking engagements, managing our fund, keeping board members informed and involved. I got involved through Bobby Green in 2011. He was running the program when Tim was living in Portland. When Tim moved back, we all made the decision to expand and try to make a go at being a real nonprofit. 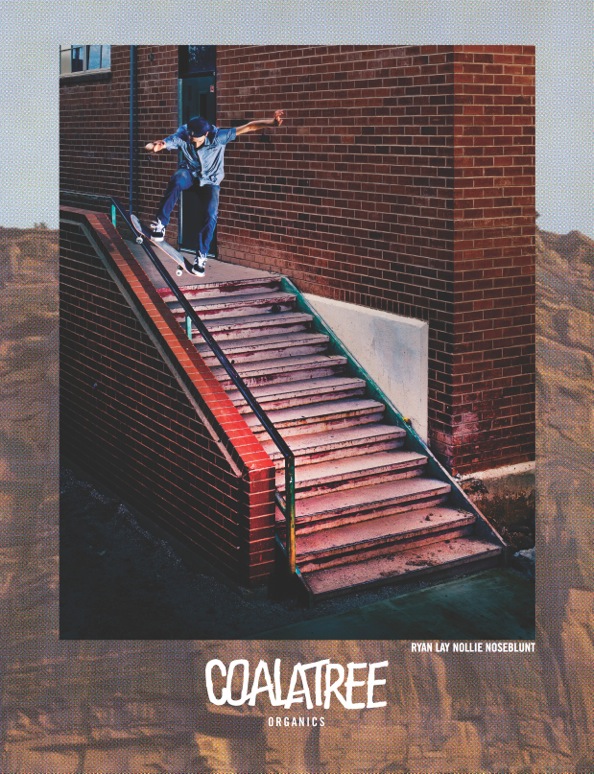 How long have you been vegan? Somewhere around three or four years, I lose track.  I took two months off around when I was getting knee surgery a year and a half ago. I had a torn meniscus at the time and was about fifteen pounds underweight. I was able to get some ethically sourced meat from this amish farm in Arizona as well as from the Coalatree guys, but it didn’t end up making me feel any better.  After getting knee surgery, I realized that eating meat was weighing heavy on my conscience, so I decided to go back to being vegan.

Was that doctor recommended? My myopractor and chiropractor both recommended that I do it, but ultimately it was my decision.

What made you go vegan?  who helped you transition?  I had been vegetarian for a few years and was reading “Eating Animals,” by Jonathan Safran Foer on a trip to Argentina and that was really the catalyst. My friend Jesse Hlebo had also been encouraging. Honestly, I remember eating a really gnarly calzone on that trip and just feeling absolutely horrid afterward; that was really the moment for me.

Do you wear vegan shoes when available? Yes, I do. I’ve gone back and forth on this subject, but at the moment, I have to skate what is available to me. I ride canvas when it’s an option; right now it is not. I blow through canvas shoes in a day or two, so I’m not really sure what’s the best option here. I do feel just as wasteful going through three to four canvas shoes for every suede pair. I’ve encouraged Don Brown to make a vegan model. He is the brand manager and has been a vegetarian for 3 years.

Favorite Phoenix area vegan restaurant?  Without a doubt, Pomegranate Cafe in Ahwatukee. I can’t even explain how incredible that place is. I recommend going for breakfast, but literally everything they have on the menu is great; very fresh and a lot of the food is made from scratch.

Do you cook much? What do you like cooking? Unfortunately, I do not cook very much. I attribute this to being busy and for the most part, lazy. That being said, I do have a Vita-Mix, and usually consume most of my meals during the week in the form of a smoothie; lots of protein shakes and green smoothies. I also make nut butters and almond milk with it. 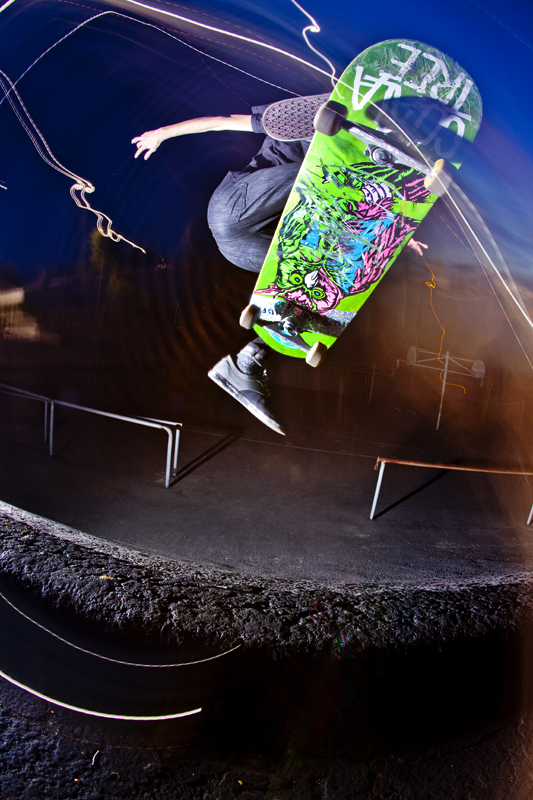 Have your parents been supportive of your dietary change?  Yes and no. They have always been very supportive of everything I’ve done, but I know it kills my mom that I don’t eat some of her classic dishes. I am much more lenient than I used to be, so that has made things much easier. I used to not eat sugar or flour, but couldn’t keep my weight up and so have eased up on that quite a bit.

What actions do you take in your life to minimize your impact on the planet?  I use my bike  as transportation as much as I can and try to watch my water usage.

Favorite skaters of the 80’s, 90’s, 00’s and Today?  Way before my time… I like Todd Congelliere a lot, but that was around 90. Keenan Milton and Guy Mariano in the 90’s, John Cardiel, Keegan Sauder, Matt Field and Jack Sabback in the 2000’s, and today Jordan Sanchez and Pat Gallaher.

For more information on Skate After School, check out their website. Ryan co-founded the   Phoenix based skate program, which is exposing kids in under served communities with a chance to step on a skateboard and get active.