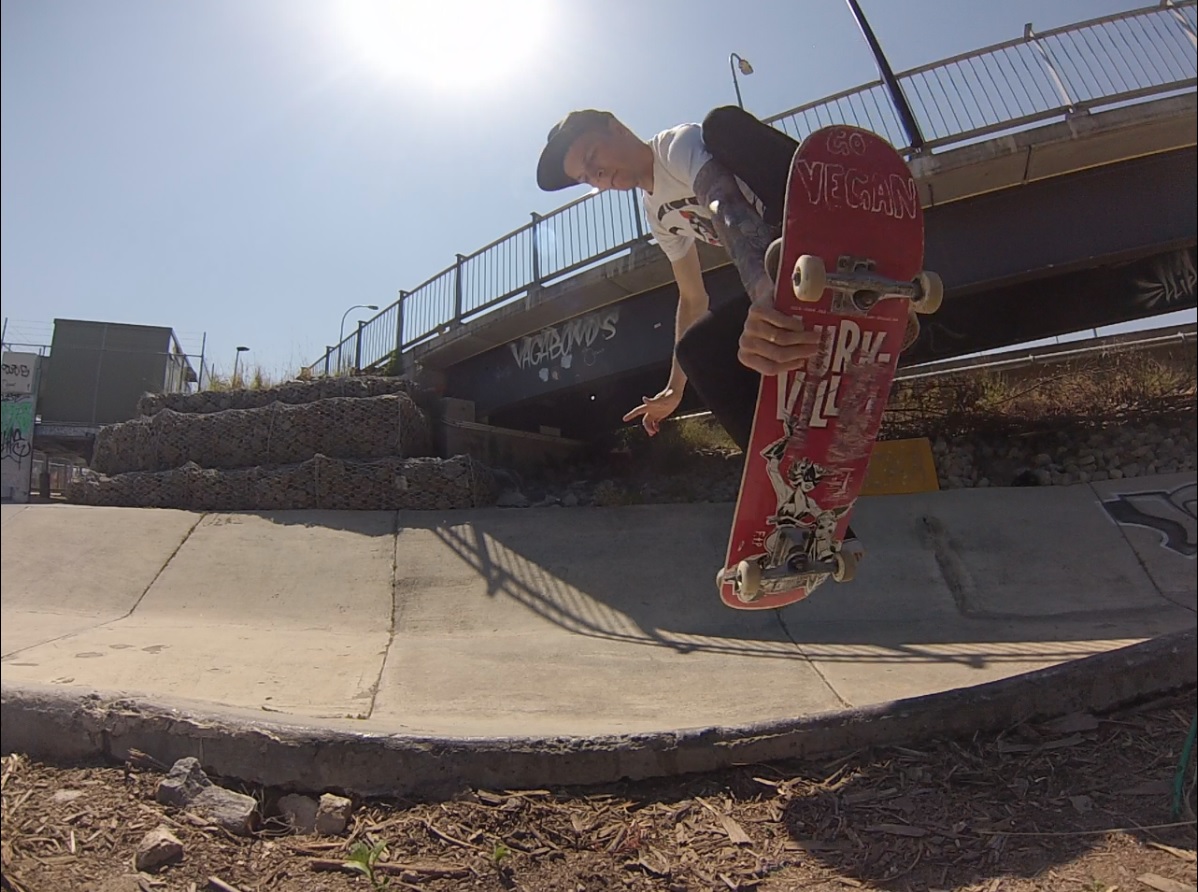 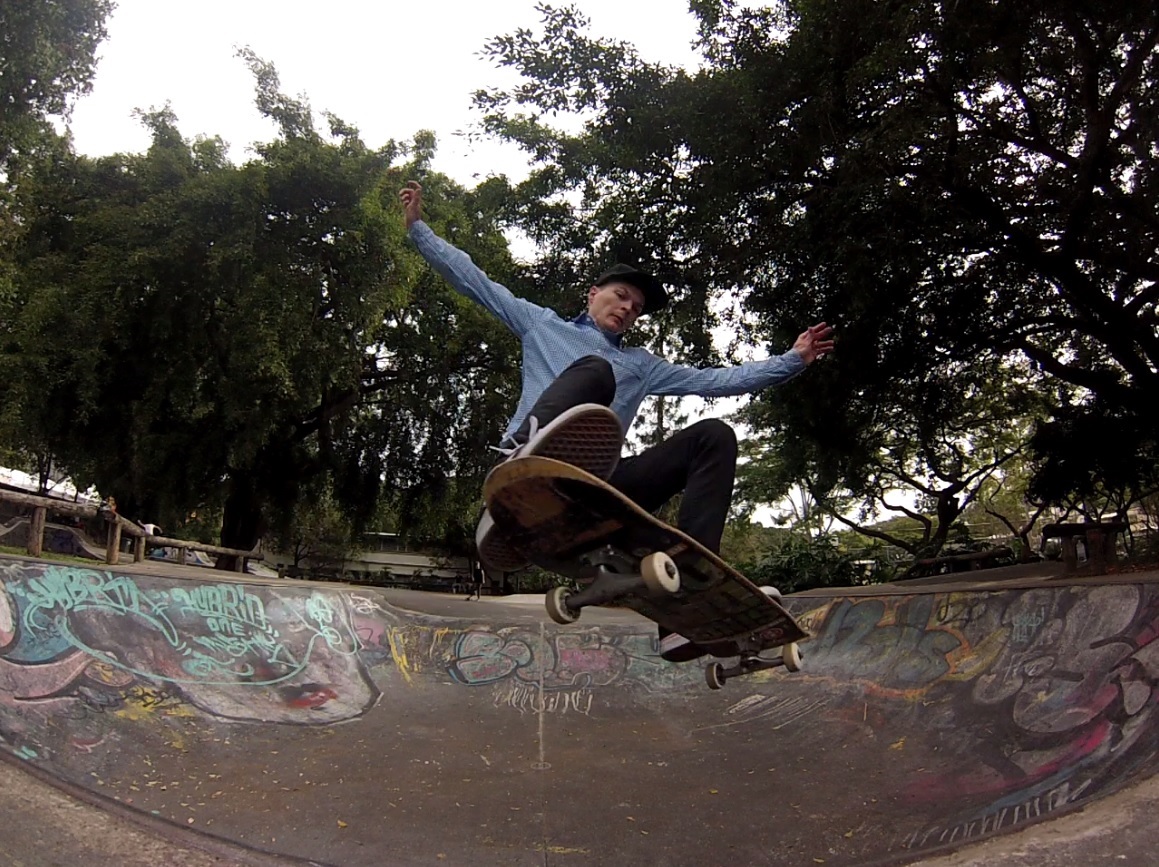 Where do you like skating? DIY spots (e.g the Brain Drain), south Brisbane street spots, and Coops & Paddo skateparks on my lunch breaks during the week

Why did you go Veg?  In my family eating meat was the norm. I grew up with family BBQ’s and fishing trips and I believed the meat industry’s claim that ‘our’ animals were treated right and lived dignified full lives – to eat them was just the natural order (the truth being that most meat is from young caged animals who are mistreated). In my late 20’s I slowly woke up to the suffering that was inherent in the meat producing industries  – to animals, to the environment and to the end consumer’s own health. In 2011 my partner and I did the “Vegan November” challenge and I’ve been vegan since. Around this time I watched Earthlings, Forks over Knives, and learnt about speciesism. I consider being vegan to be an ethical approach to life where you attempt to live a compassionate life and to do the least harm possible – far more than just a ‘plant based diet’. Veganism and animal rights are gaining momentum with the high profile campaigns by Sea Shepard to stop illegal whaling in Australian waters and the live cattle export trade was brought to light by Lyn White and animals Australia. Also there is currently the “you bet they die” campaign against Greyhound racing – which is not just legal but state government funded. I’m against the systematic exploitation of animals for food, clothes and entertainment – that’s why I’m veg and why I adopted a rescue Greyhound. 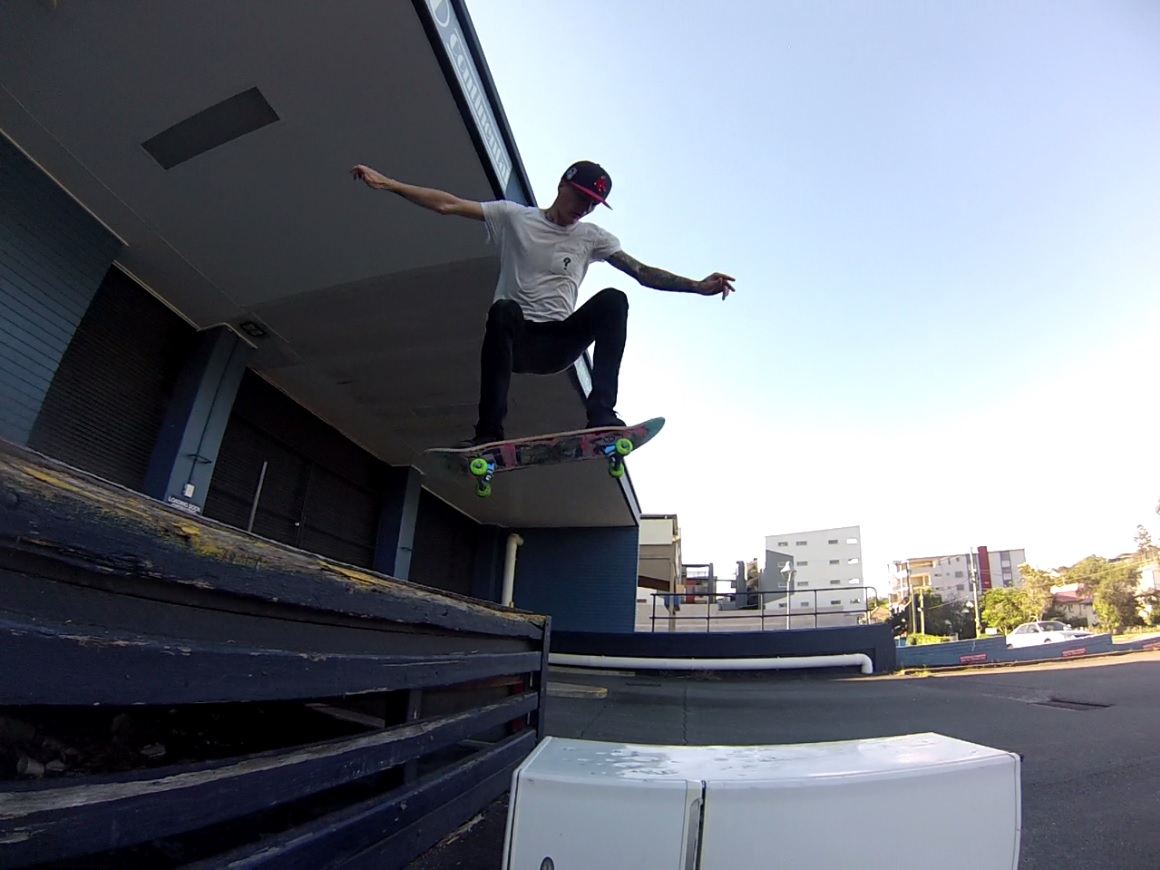 What is your favorite thing to skate and why? I skate everything I come across, from transition to street spots. New spots and obstacles keep skateboarding fun – skated a fridge last weekend.

What shoe are you skating in now? Globe black textile – not sure the type & old Supra Vaiders in canvas. 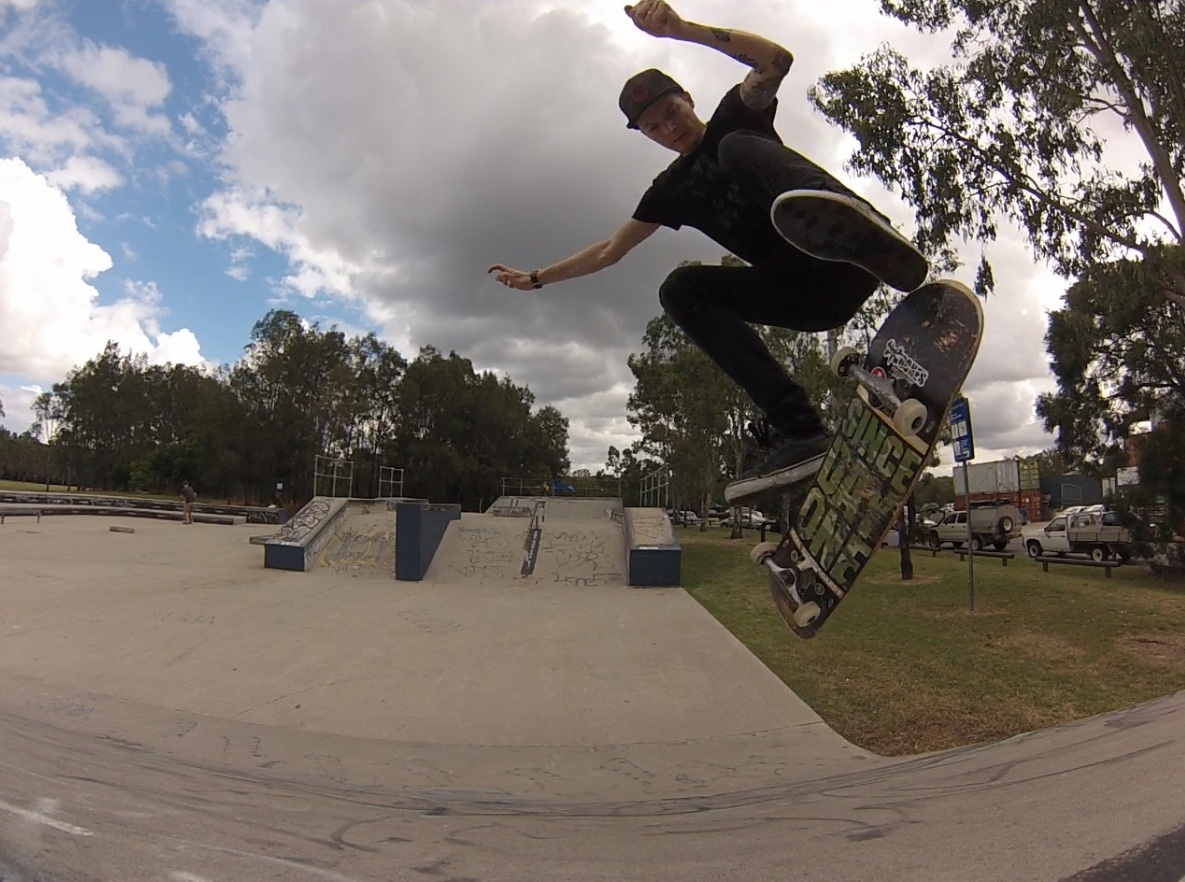 Or just say whatever you want about skating Veg…  I’m vegan for the animals, but it also helps me stay healthy and recover quicker at 32 than I did as a meat eater in my 20’s. Most skaters are independent thinkers, so it is only natural that many have questioned the inherited thinking regarding animals and have made the decision to be veg. Respect to all veg shredder out there!