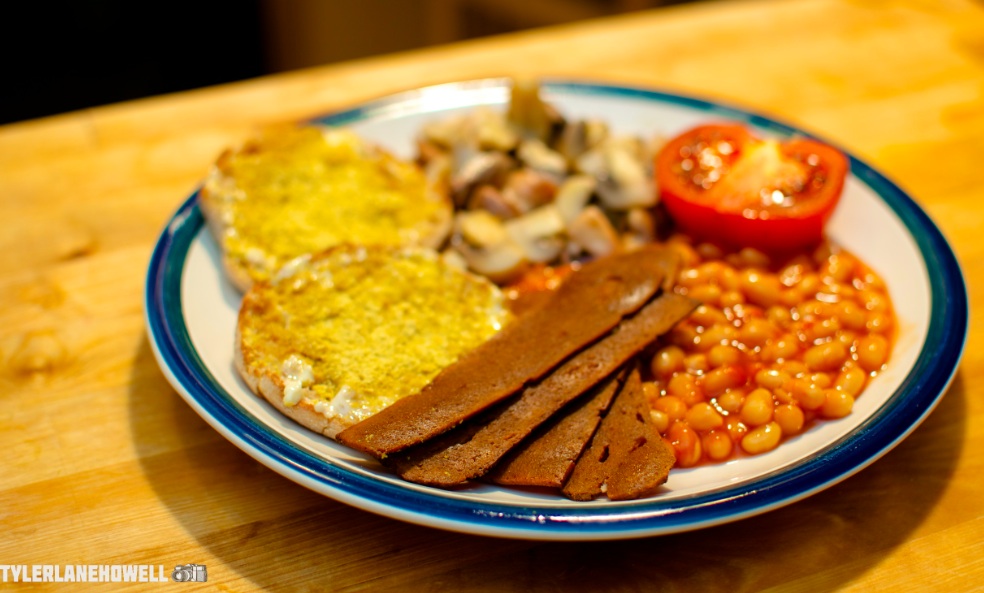 Upton’s Bacon Seitan is finally hitting stores! Vegan-English Breakfast just got a whole lot tastier! If you have had ever had a pizza, taco, or other dishes made with Upton’s Naturals Seitan then you know this is the finest stuff around! 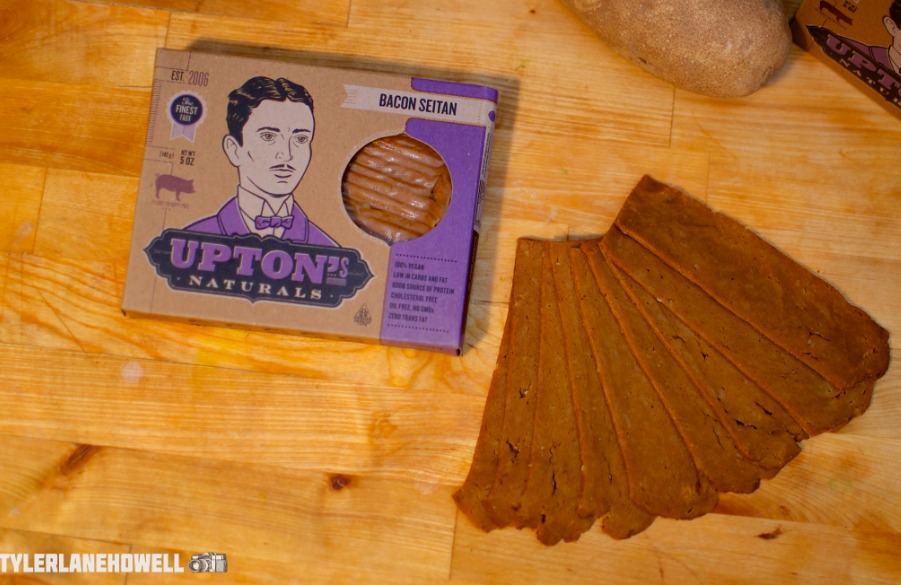 They have been making faux bacon for restaurants all over the country and their pre-packed wraps (here in Chicago) for a few years. Now its available in pre-sliced packages, we got ahold of some and fried it up for some English Breakfast, vegan-style. Thats rashers (also known as bacon for the Yanks!), Heinz’ baked beans (English breakfast staple), fried tomato, fried mushrooms, and english muffins with a health dose of vegan-butter and nutritional yeast.

Since Upton’s was nice enough to get us two boxes, we decided to make some burgers. Not just any burgers, but Bacon-Mushroom-Melt Burgers!  We started with a bacon weave to make things that much more awesome! 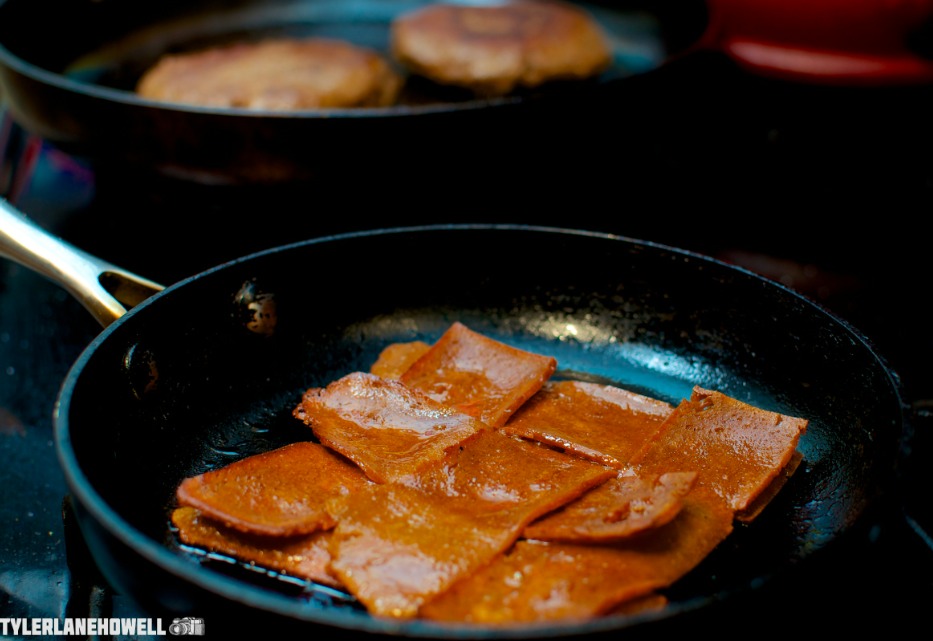 The Bacon Seitan looks and tastes amazing! Its not too salty like some of the other vegan-bacons out there. The flavor isn’t over powering its subtle but definitely bacon and distinguishable when paired with other faux-meats. If you want it chewy, sauté it just a bit or not at all. Its ready to eat out of the package and would go great in a potato salad or dressing as-is. If crisp is your thing, crank up the heat. It singes beautifully and has a nice crunch. 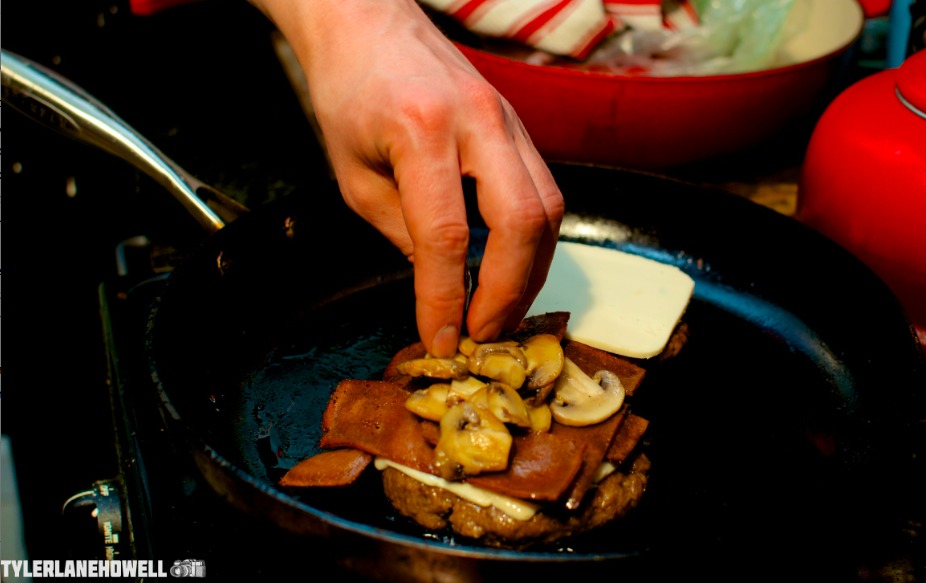 The burgers are nothing more then one tube of Litelife “Just like Ground,” smashed into two patties and pan friend in an un-healthy amount of canola oil. When they brown on both sides, toss a slice of vegan cheese, followed by a bacon weave, and some sautéd mushrooms! Top it with a second slice of vegan cheese and its ready to serve. 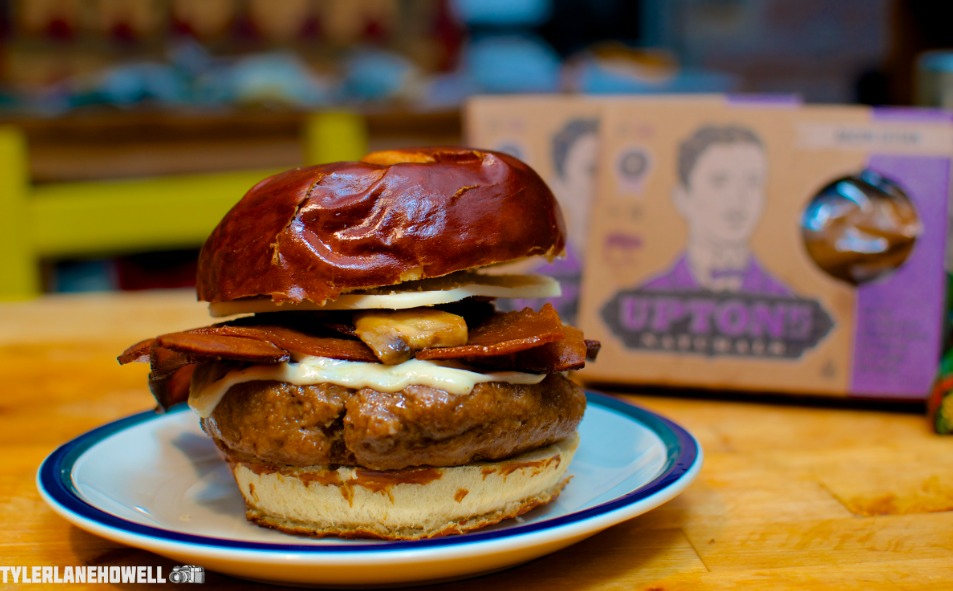 Seriously simple Skate Snack made 150% more awesome with Upton’s Bacon Seitan! Five percent of all proceeds from the Bacon Seitan go to support the rescued pigs at Farm Sanctuary!

Take a look at who carries it locally here, or head over to Vegan Essentials(should have it available any day now). Big thanks to Dan and Nicole at Upton’s, Tyler Howell for photos, and Abigail our new semi-regular food contributor.