An Open Letter to Nyjah Huston 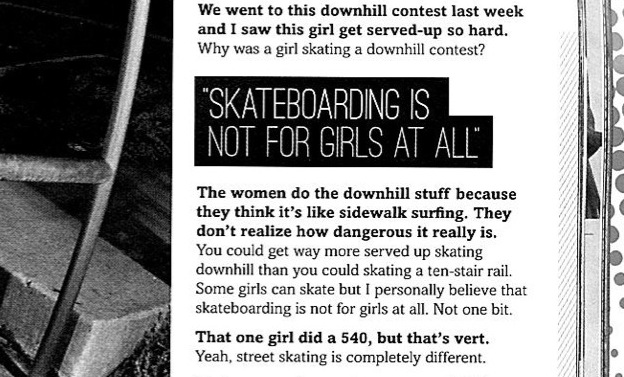 Thrasher’s July issue features the now infamous interview with Nyjah Huston and his belief that, “…skateboarding is not for girls at all.”  Outrage poured from social media and the inevitable apology was issued. Vegan Skate Blog stands in solidarity with all people regardless of gender, class, or sexual identity. Our bond is skateboarding.

We asked Erika Kinast for her thoughts on the article, in an open letter to Nyjah Huston.  Erika is originally from the prairies of Alberta, Canada, and has been a skateboarder since 2004. She currently lives in Berlin where she is completing an M.A in Language, Literature, and Cultural Studies. The opinion expressed in this article is solely that of the author, but her attitude about skateboarding and women’s place therein is strongly influenced by her experience in Kabul as a six-month volunteer for Skateistan, (Afghanistan’s first Skateboard School) in 2010.

I must admit, my initial reaction after reading Nyjah Huston’s comments about how “Skateboarding is not for girls at all. Not one bit”, was to call him a loser, share his idiocy on Facebook and Twitter, and get on with my day. I decided it would probably be best to chalk it up to some stupid comment that was meant to evoke controversy, the interviewer was after all, Jake Phelps. Like Mimi Knoop has said to ESPN, if I let every little comment like Huston’s stop me from skateboarding, then I would have finished skateboarding pretty much when I started. It’s hard to say how many random men have come up to me and my friends on the street, looked me over, and instead of asking me directly, turned to one of my male friends and said, “is she any good at that?”.

Yet, after watching how the whole debacle has unfolded over the past week, and Nyjah’s twitter apology, I think this is the perfect opportunity to speak out about women in skateboarding and some issues that go way beyond saying something stupid in an interview. 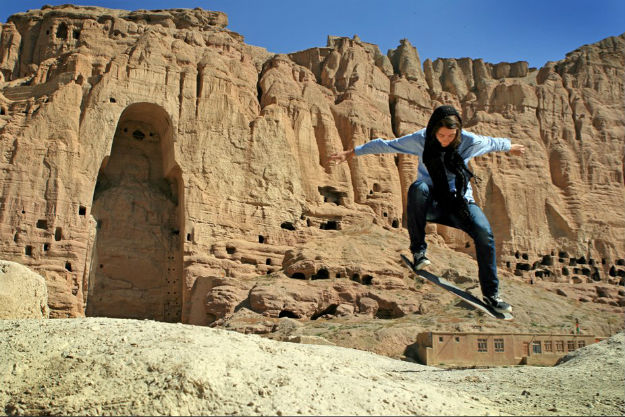 As I’ve said before, I don’t think that the opinion that skateboarding is for “men only”, is indicative of most men in skateboarding. The words of some hormone-infused jock or the opinion that Njyah  expressed in Thrasher, at least in my experience, is not how most male skaters think about women’s skateboarding. I was delighted to see how many women and men were as shocked and outraged as I was, and how many people took the time and effort to express that skateboarding is for everyone. However, whether or not Huston apologized (and his apology sucked by the way), or that heaps of skaters spoke out on social media, what I think is much more important is that more people support women in skateboarding in a way that has a real impact. That is, not just our opinions, but also with what we do—how we help get girls on skateboard, how we spend our dollars, what kind of media we consume. Skateboarding is a huge industry, and if people really believe in supporting women, then they need to support companies that support women. This includes women who skate, some of which complain there is no opportunities, but have never thought twice about the things they buy.

Not only was the interview in Thrasher dismissive about women’s ability to decide whether or not they want to get “served-up”, Phelp’s comment about “that one girl did a 540 but that’s vert” doesn’t even recognize “that girl” has a name and that Alana Smith’s skateboarding has influenced many, many other skaters. Whether or not it was in vert is in my opinion irrelevant, as the comment is characteristic of a larger attitude in skateboarding, and I’ve heard the same ignorant things said about women in street. For instance, not that long ago on Facebook I saw a post from a well known Canadian skateboard photographer about whether or not Leticia Bufoni had the right to make money from a Secret Deodorant advertisement. Again, she was “some girl” making money off of skateboarding by getting paid by some corporation that has nothing to do with skateboarding, and therefore was controversial and somehow not a true skateboarder. Not only did he have no idea how talented she is and that she’s one of the best women in street skating, he also seemed totally oblivious about how hard it is for women to make a living from skateboarding. So called “core” or “skater owned and operated” magazines and companies are routinely uninformed and often exclusionary. 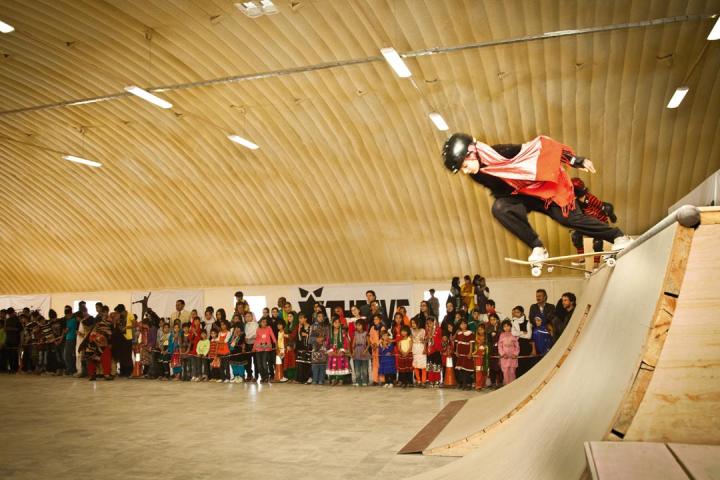 The young women of Skateistan at the Kabul Skate Park know how to rip!

If skateboarding is, like Huston has said in the same interview “all about just having fun”, and if what it means to be a true skateboarder is to have passion like Phelps himself points out, “What? Skate or die. Am I dead yet? No, I ain’t dead yet, I’ll skate until there’s nothing left”, then surely the 20-year-old Skateistan Cambodia Skater, Tin, deserves to be acknowledged in the same way. In her own words “The people who think skateboarding is only for boys are wrong… As long as I can walk, I will skate until I die”.  Which leads me to the best part of this rant, some recognition of some of the raddest things that are happening right now in women’s skateboarding.

10. That I am no longer able to memorize  every single woman that has had any media coverage because there is far too many now.

8. Organizations that bring skaters together and promote their common interests: The Action Sports Alliance

7. Legendary pro skaters like Cara-Beth Burnside, Steve Cab, and Christian Hosoi who have publicly expressed their support for women in skateboarding.

5. Organizations that empower communities, including women, to get involved in the construction and maintenance of diy spots and skateparks: Skate like a Girl Seattle-Portland-SF, No Limit in Sweden, and Vancouver Skateboard Coalition are good examples.

4. Brands that support women and their development: Hoopla, Meow, and Blackbox.

1. The amazing ladies at Skateistan and all the men that support them to face opinions like Nyjah’s everyday. The most amazing skaterboarders I’ve ever met are the girls in Afghanistan. Their determination and love for skateboarding despite an ever-present reality of violence, continues to inspire me.

5 Responses to An Open Letter to Nyjah Huston