…continuing down the coast

…continuing down the coast was a stop in Portland and San Francisco. This trip has been about checking out the new. 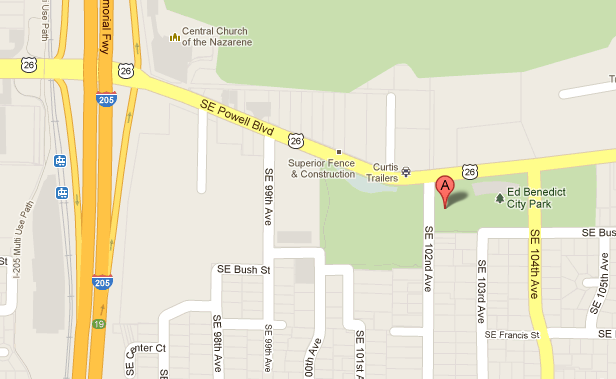 Ed Benedict Skate Plaza is on the far south east side of Portland. 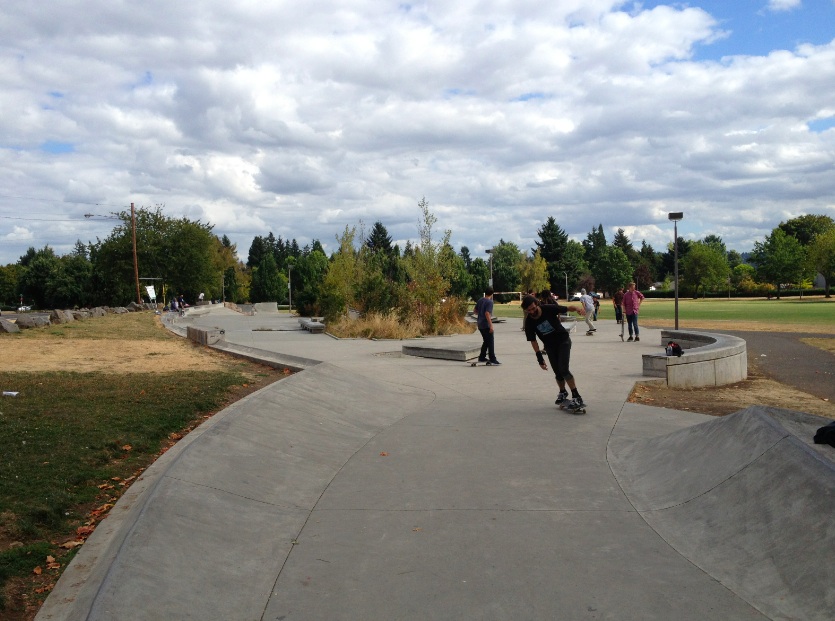 This is a plaza style park that starts with some rad little banks and then splits off into two sections. 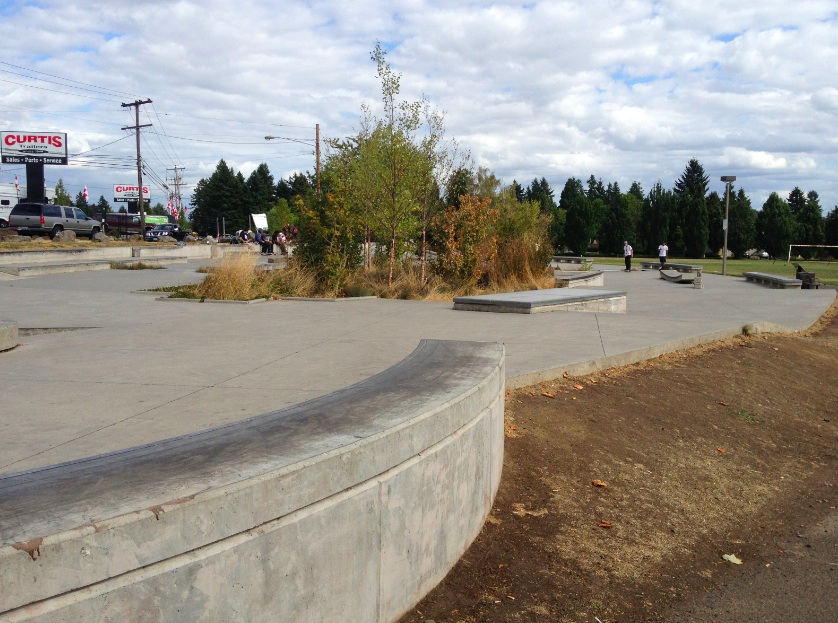 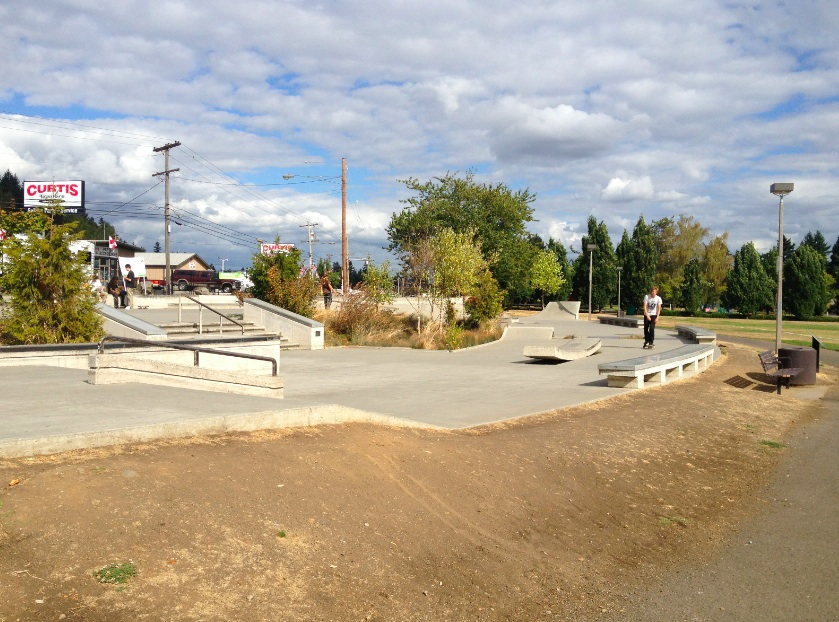 If you head right, a couple sets of steps with short rails and a marble ledge await. 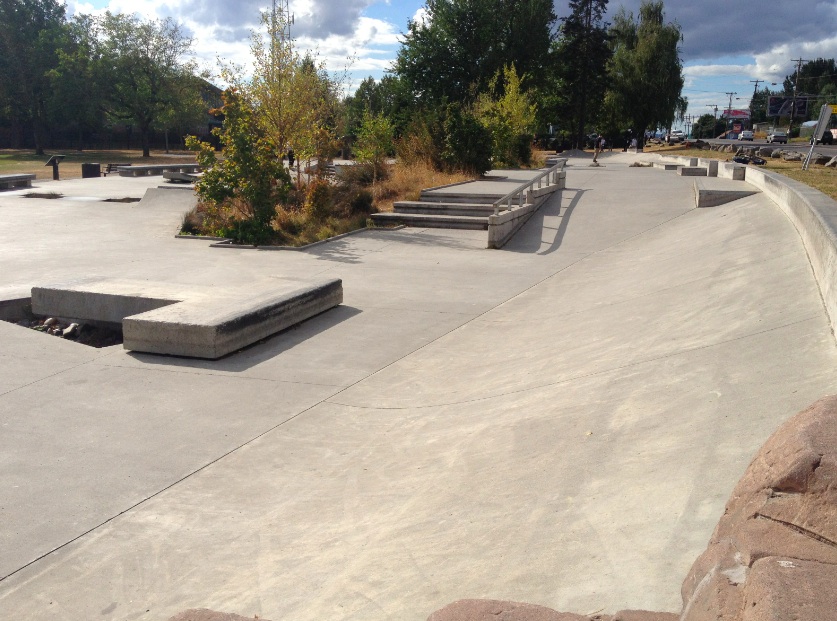 Bank left and some mellow curbs followed by some big steps and long hand rail. 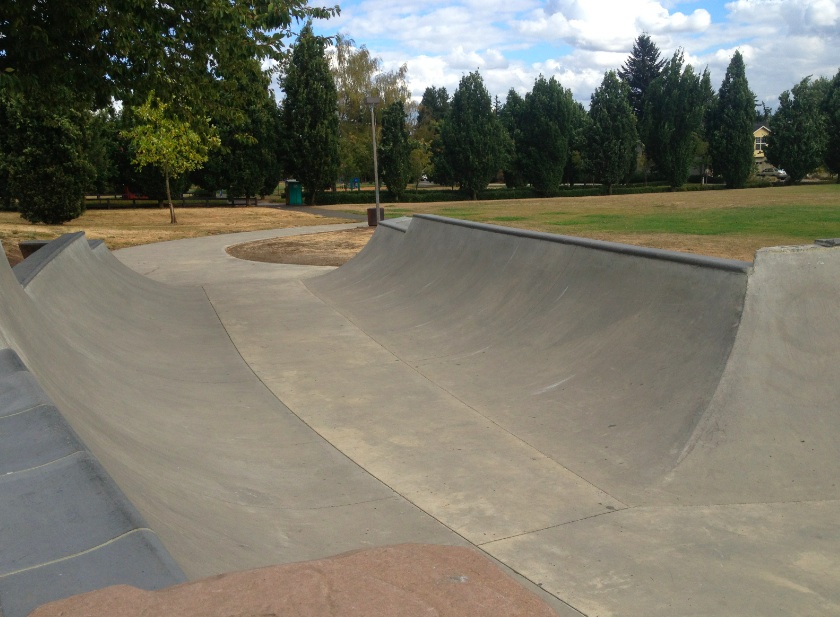 All of which culminates in a half pipe with granite topped pool coping. Smooth and new (with a few blemishes) this park isn’t to slick and has a little something for everyone. 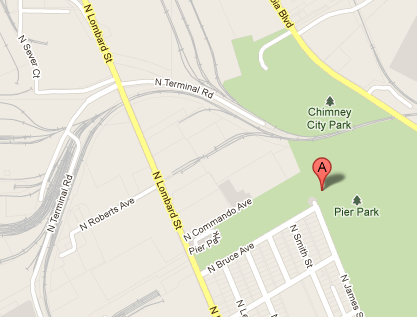 Pier Park is on the Far North Side of town. Technically in St. Johns and not Portland. 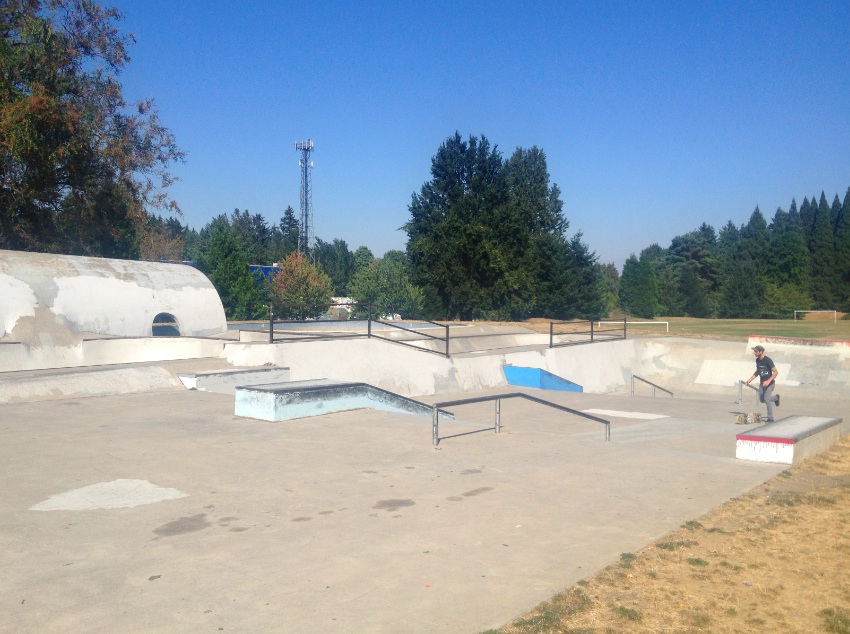 This spot looks like three large swimming pools had been repurposed. The ground was smooth enough but seems well sessioned. Three levels in the “street” area with ledges, hubbas, and rails lead to a steep bank with box. 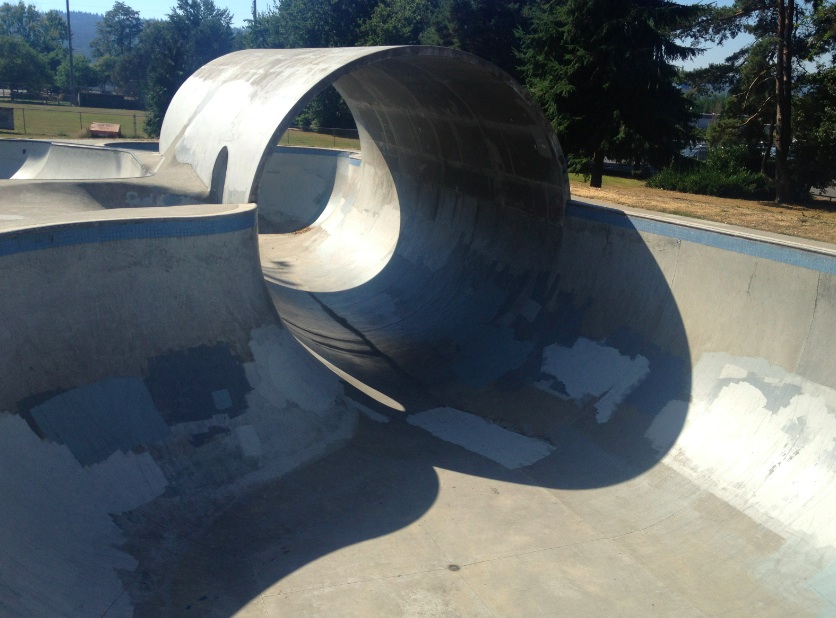 My bus driver friend Jimmy had been told by one of his kids that this park was “covered” I think what he meant was they have a full pipe.

If you wanna skate a bowl and can’t handle the 11ft drop then the middle bowl will do you just fine. 3 feet in the shallow, 5 feet in the deep with a just over vert clamshell pocket is super fun to kick around in. 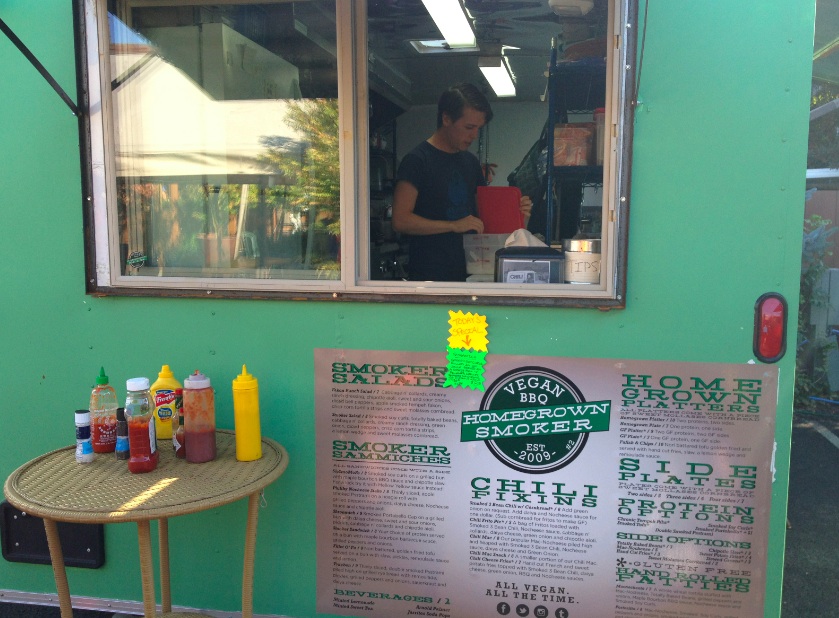 After working up an appetite at Pier Park, Homegrown Smoker should be your next stop. Located in the Mississippi Marketplace, this all vegan food cart serves up the best BBQ, greens, and other comfort food delights. Don’t forget the Arnold Palmers! 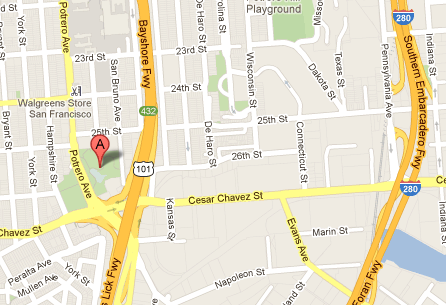 Potrero Del Sol Park was a bit of a surprise. When you think of SF skateboarding, parks are usually not what come to mind. Though this one is set on a slope. If you ever wanted to bomb a hill into a quarter-pipe or bank then this is the spot. 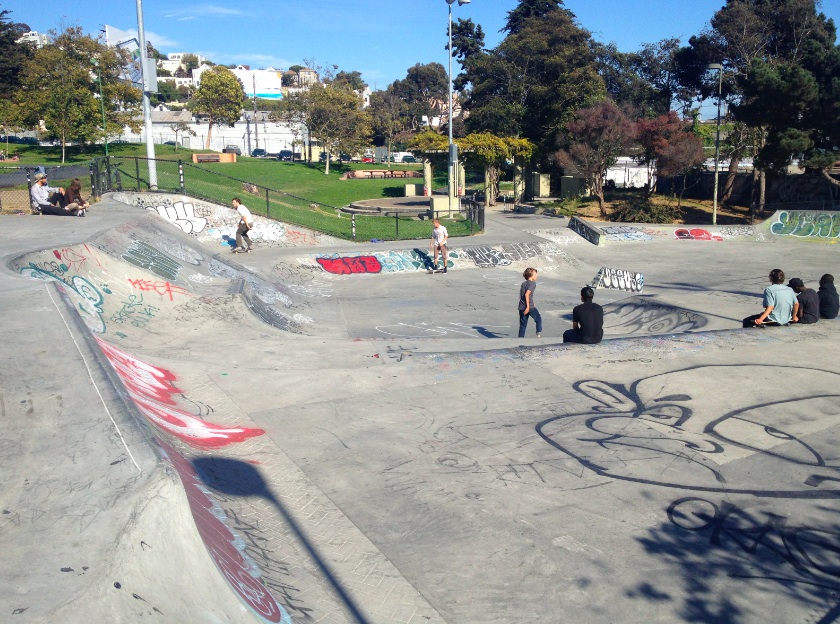 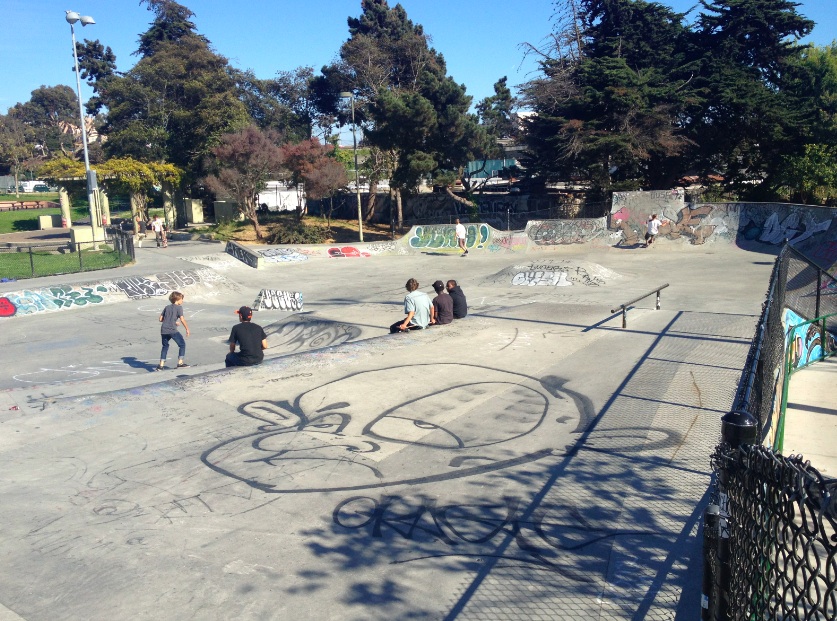 Multiple entry points could lead to some serious collisions, but even the groms had the skate park etiquette on lock. Though this was a Friday about 3pm, I can only imagine some of the chaos a Saturday session sees. 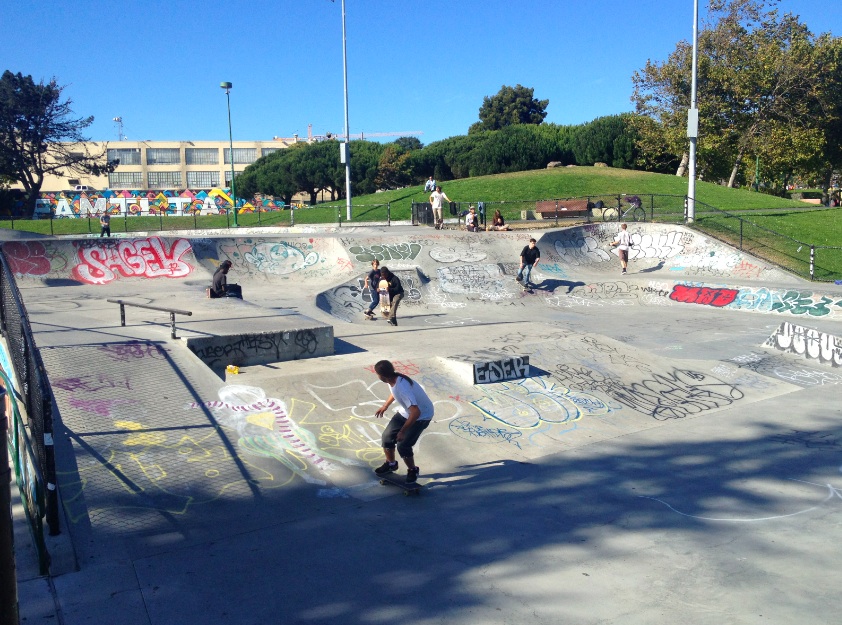 From the bottom of the hill. If you get enough speed you can skate this whole park. Banks and transitions rule here. But hey, why not toss in a random rail right off a gap? 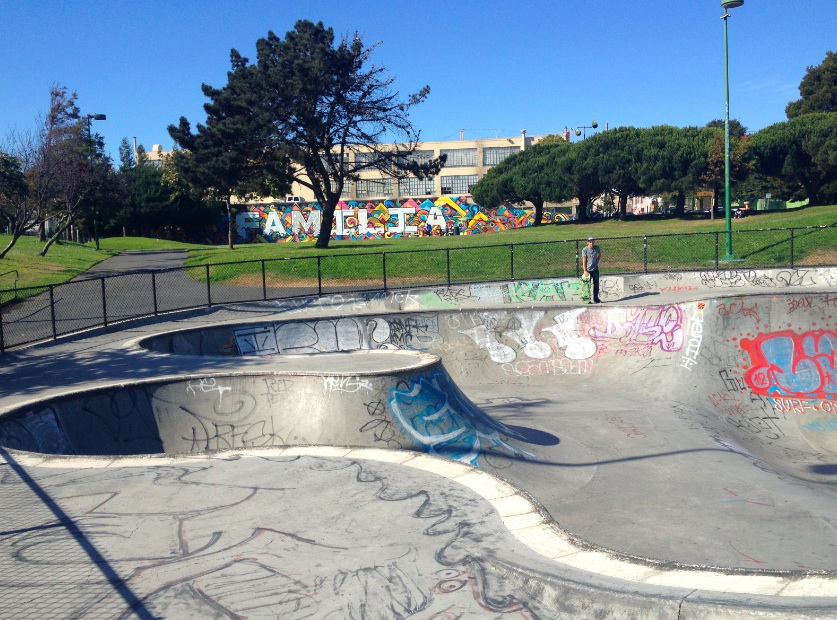 The pool was a solo sesh’ by one lone skater. 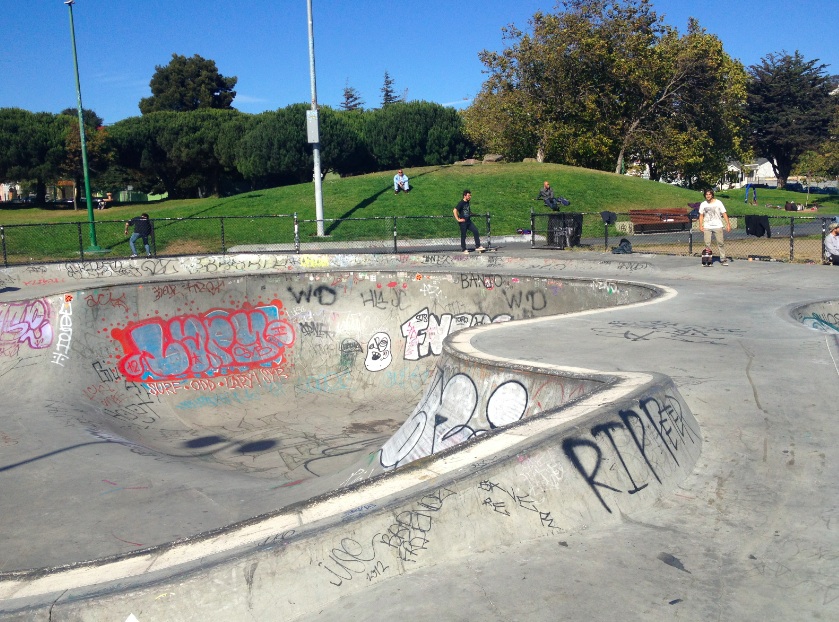 The deep end even had leaves stuck to the bottom. Bummer, but this maybe the wrong side of town for transitions.

3 Responses to …continuing down the coast