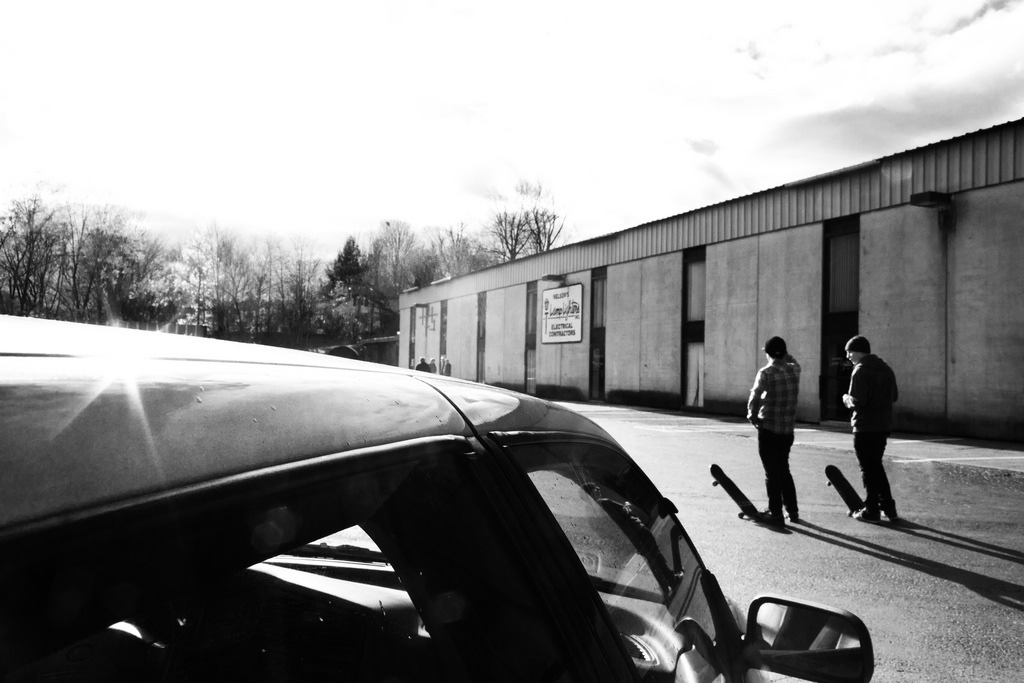 OCCUPATION: Unemployed however I skate, draw comics and play with my dogs all day. It’s the life.

Where do you like skating? Everywhere, that’s why skate trips are the best.

Why did you go Veg? I started thinking about how any animal could be someone’s pet and killing them was wrong. In addition now a days we don’t need to survive off of animals. When I went vegetarian in 11th grade it was a little hard when I was the only person in my whole school that was vegetarian but I had a supportive mother. Then in college it was a smooth transition to vegan with support of a friend.

What is your favorite thing to skate and why. I like ledges because I like to grind stuff. Grinds are easier than flip tricks for me. Unique ‘spots’ are more interesting because its not your typical stuff to skate. How many times can skate the same stuff before you had enough. DIY spots because it’s skating a spot you or someone put the time and effort into building. It’s giving back to skateboarding.

What shoe are you skating in now? What my favorite skater skates/bikes in Vans Estilo Quattro (John Cardiel signature shoe with Anti-Hero logo on the heel). They are not vegan, but were a present.

Or just say whatever you want about skating Veg… I don’t have much to say about being skating veg however it’s nice that companies are putting out vegan shoes. It’s nice not to have to skate only Templetons or Rowleys.

thanks for contributing tOM. If we ever get some good product flow going, we’ll see if we can get some vegan skate shoes for ya! And go hit up the omni-banks for Mr. Fakie!

You wan’t to be internet famous too? Send in a skate photo and answer the above questions to fakie@veganskateblog.com